Where in the world?

Hervey Bay is situated in Queensland, Australia. The site is defined by the existing Great Sandy Marine Park boundary, with the primary area being Hervey Bay and Platypus Bay. It also encompasses the mainland township of Hervey Bay in the south to Bundaberg in the north and the sheltered western coastline of World Heritage listed Fraser Island.

In this area, a variety of marine mammal species can be seen:

Other: the marine park is a stronghold of dugong and on occasion New Zealand fur seals.

Hervey Bay is renowned for viewing the Southern Humpback whale between mid-June to November, with the population on the rise and recovering after a history of whaling. In May they leave their rich feeding grounds in Antarctica and undergo a 5000 km migration to their breeding grounds north of Fraser Island, in Whitsundays. At the beginning of the season adult individuals are likely to be seen, and towards the end, mothers and their calves arrive. They use the Hervey Bay site for resting and socialising, for about five days, before they undertake their long migration back to Antarctica.

Provides a wealth of marine activities

Hervey Bay has excellent ocean environment management and supports and enhances other marine activities by offering dolphin watching, diving, snorkelling and world-class recreational boating and fishing experiences all year round.

Emphasis on research and education

For 27 years, cetacean research has played an important role within the region and continues to do so. It is home to the Marine Research Campus of the Sunshine Coast University, which has an extremely positive impact in the area. In addition, The Oceania Project ran whale research expeditions in Hervey Bay from 1989-2013. This provided a long term research platform to study and observe Humpback whales, to contribute towards our scientific understanding.

Along with research, education has a strong emphasis at the site with the Whale Discovery Sphere being open 7 days a week for educating the public.

In celebration of the whale season, the Hervey Bay community plays host to the annual Ocean Festival which comprises of several events including: blessing of the fleet, paddle out for whales commemoration, a seafood festival and an illumination parade, amongst a number of others. Whales are also deeply routed within the region’s arts culture; this year a Community Art Project is taking place, as part of the World Whale Conference 2019, in the form of an adult whale and calf sculpted from bamboo.

Being an existing marine park and world heritage area, the proposed site already has the highest levels of environmental/conservation protection, including regulated approach distances, vessel management and research and tourism permitting. Due to this, Hervey Bay is thrilled to also be a fully certified Whale Heritage Site. 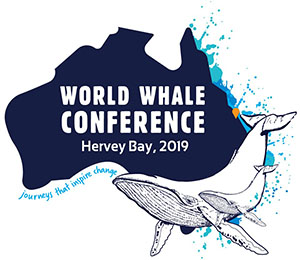