The first Whale Heritage Site in the Americas

With a variety of whales to be seen year-round, more dolphins per square mile than anywhere in the world, the first and longest-running annual Festival of Whales, and a captivating harbour minutes from the open ocean, it’s no wonder that Dana Point is also known as the Dolphin and Whale Watching Capital of the World®.

Dana Point is located on the coast of southern California, halfway between the cities of San Diego and Los Angeles. Residents of Dana Point value living in a coastal community where the ocean is at the heart of their quality of life. Dubbed sunny California’s “original surf’ town, visitors can choose from an abundance of beach and water activities, including events such as the Tall Ships Festival, Blues Festival, Surfing Santa Festival and, of course, the Festival of Whales.

At the edge of the open ocean, the Dana Point Marine Life Refuge and the historic headlands is the Ocean Institute, a non-profit educational facility serving the needs of the educational community and promoting ocean awareness and preservation.

Dana Point is one of the best places to view the largest animal to have ever lived on earth, the magnificent blue whale, as well as a plethora of other cetacean species. 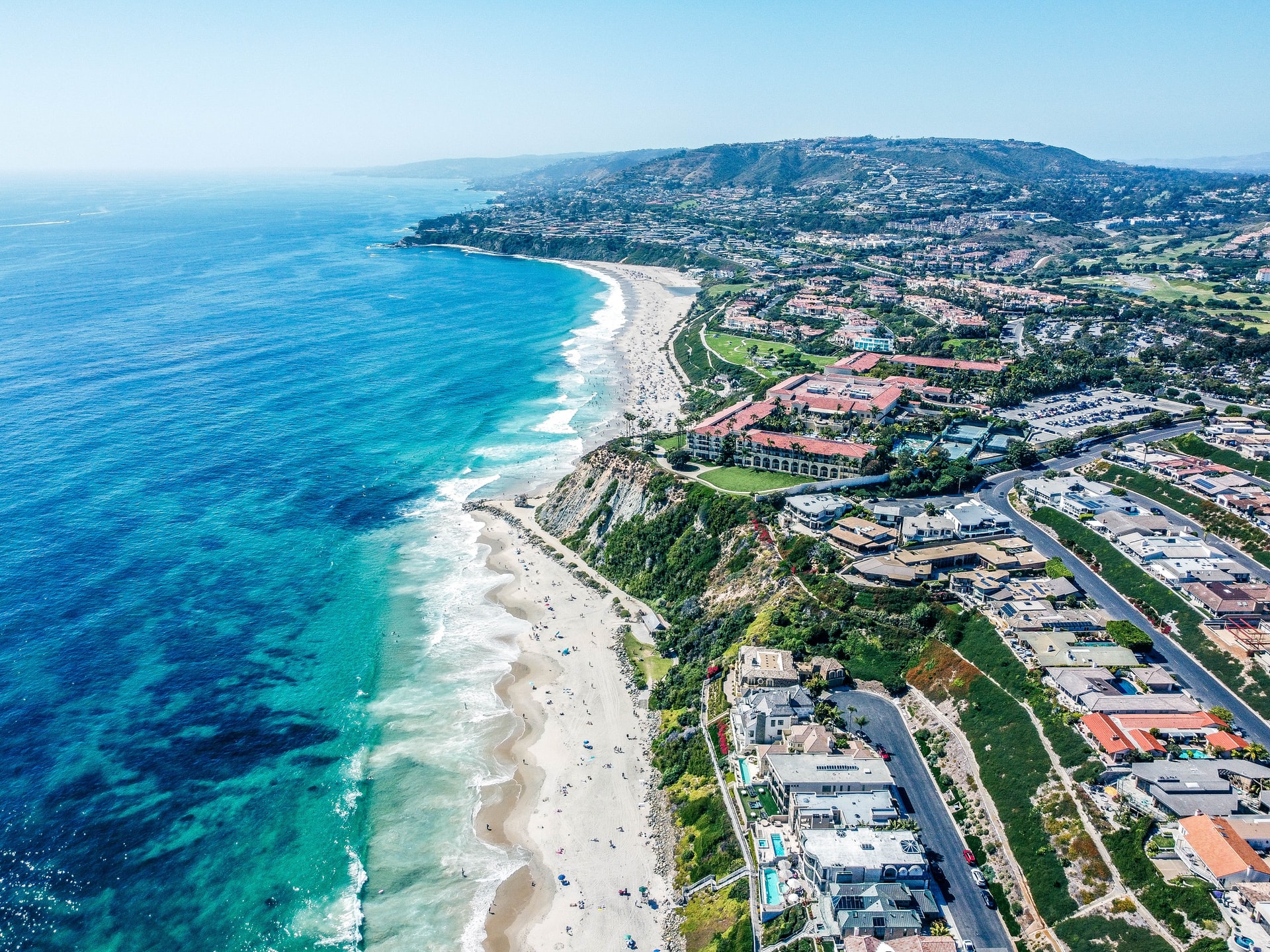 Dana Point sits on the scenic coast of Orange County, known as the California Riviera. Dana Point Harbor, from which whale and dolphin watching tours depart, is conveniently located just minutes south of Laguna Beach. The Harbor is nestled in a natural cove surrounded by beautiful cliffs, including the Dana Point Headlands Conservation Area.

Within five miles of the shore lives a vast ecosystem of abundant marine wildlife. Underwater coastal canyons and large kelp beds are within a mile of the shoreline and provide rich habitats for numerous species of marine life, including several species of cetacean.

The Whale Heritage Site follows the formal boundaries of land and ocean area for the city of Dana Point. Dana Point encompass a land area of 6.5 sq. miles and the ocean area of 22.98 sq. miles, extending out to sea for three miles, including a marine life conservation area and nature reserve.

Southern California is home to over 400,000 wild dolphins; in Dana Point, it’s not unusual to see pods of 1,000 or more long and short-beaked common dolphins, and even mega-pods as large as 10,000. Risso’s and bottlenose dolphins are also regularly sighted in pods of up to 100 individuals throughout the year. Pacific white-sided dolphins can be seen in October through June.

Around 2,000 rare and endangered blue whales spend the summer and fall off southern and central California. Guests aboard responsible whale watching tours in Dana Point can encounter these magnificent cetaceans between May and November. 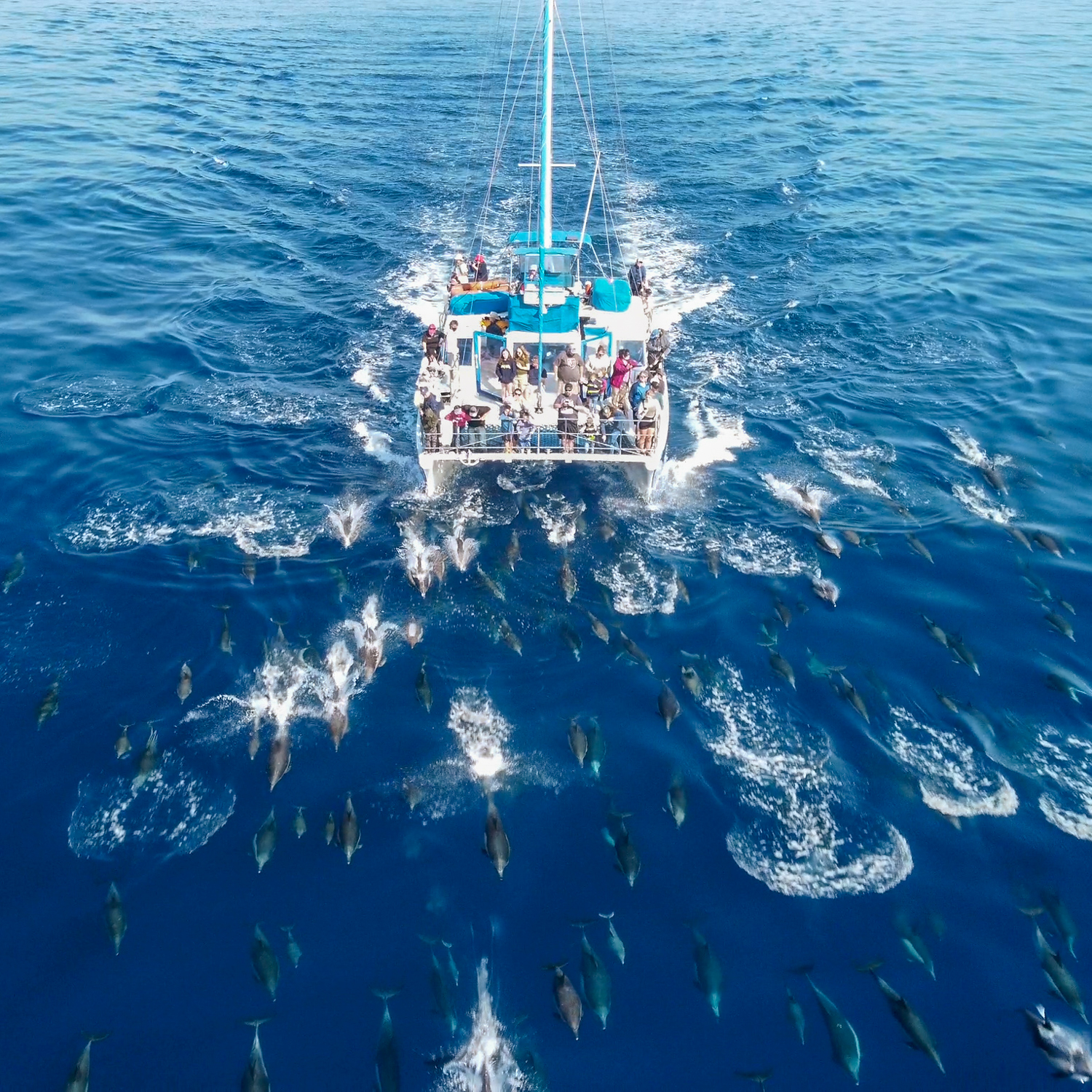 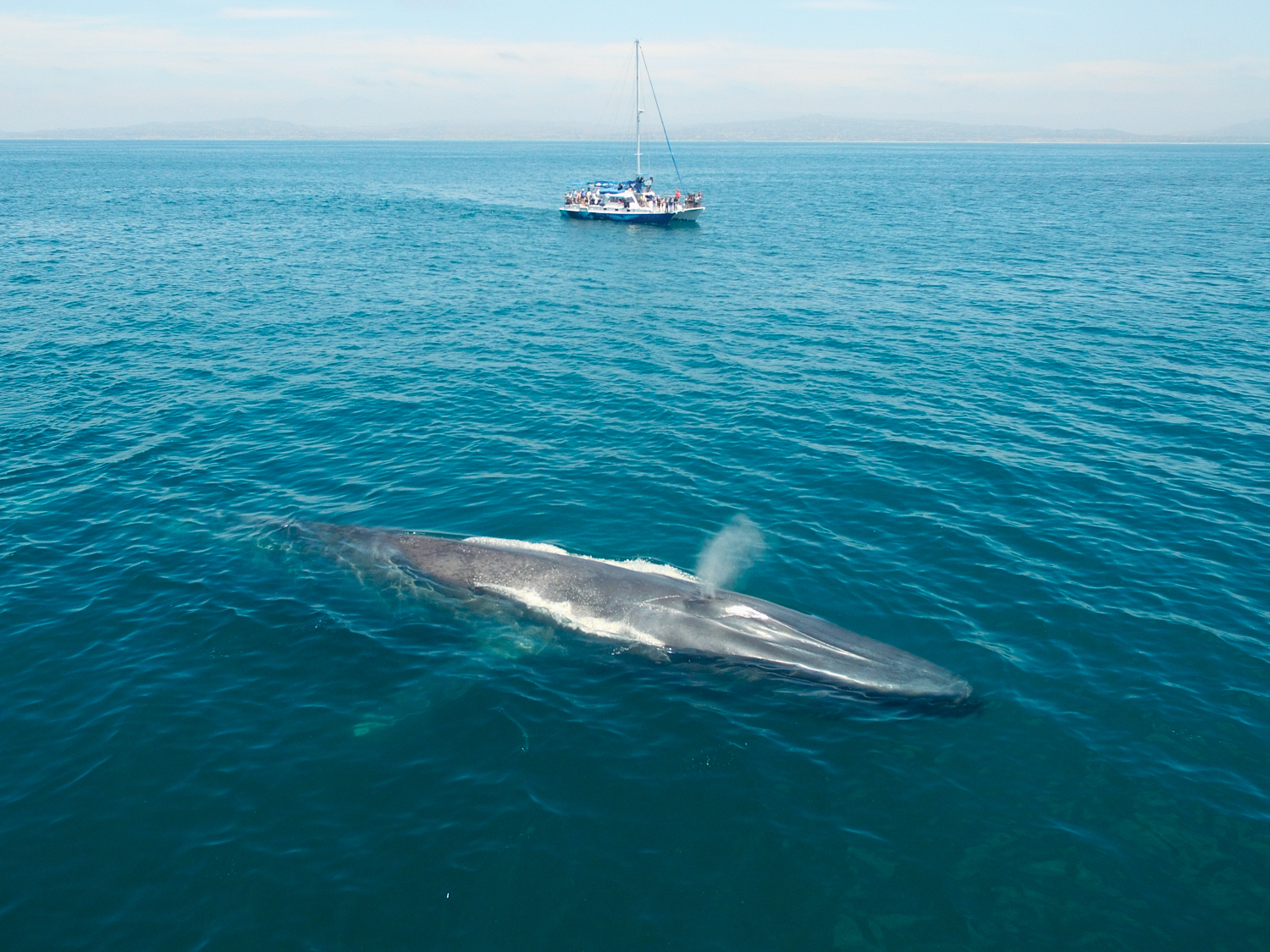 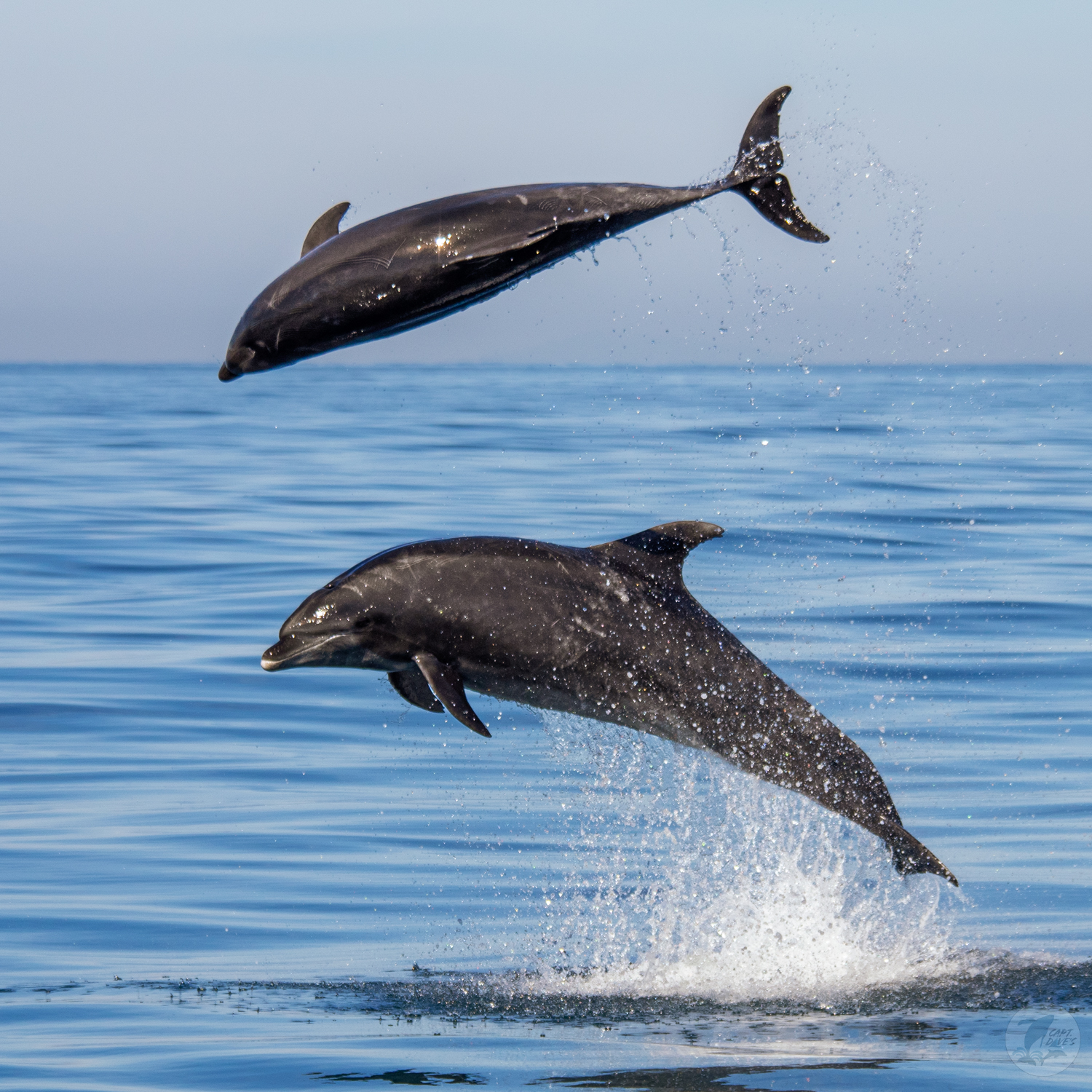 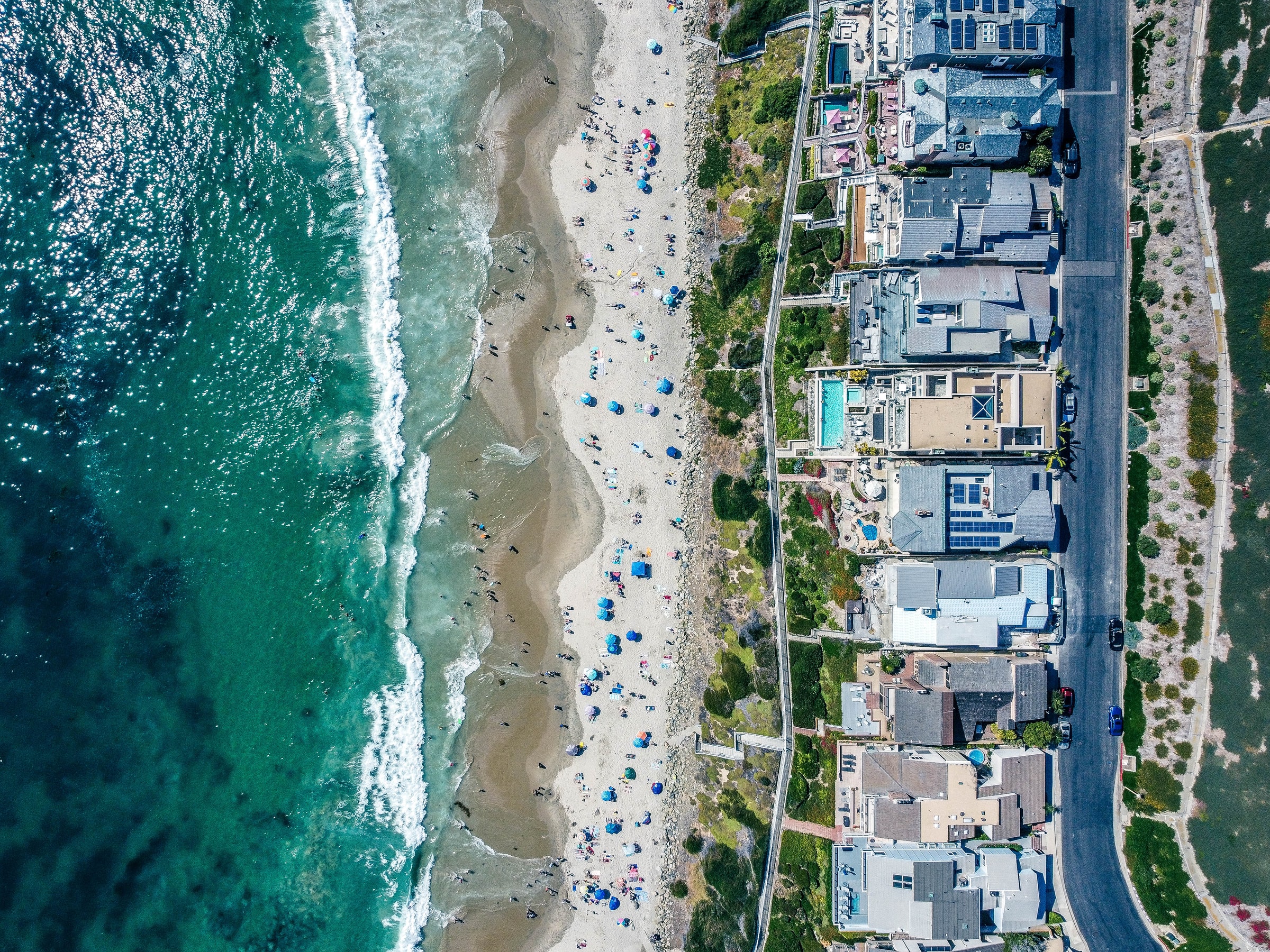 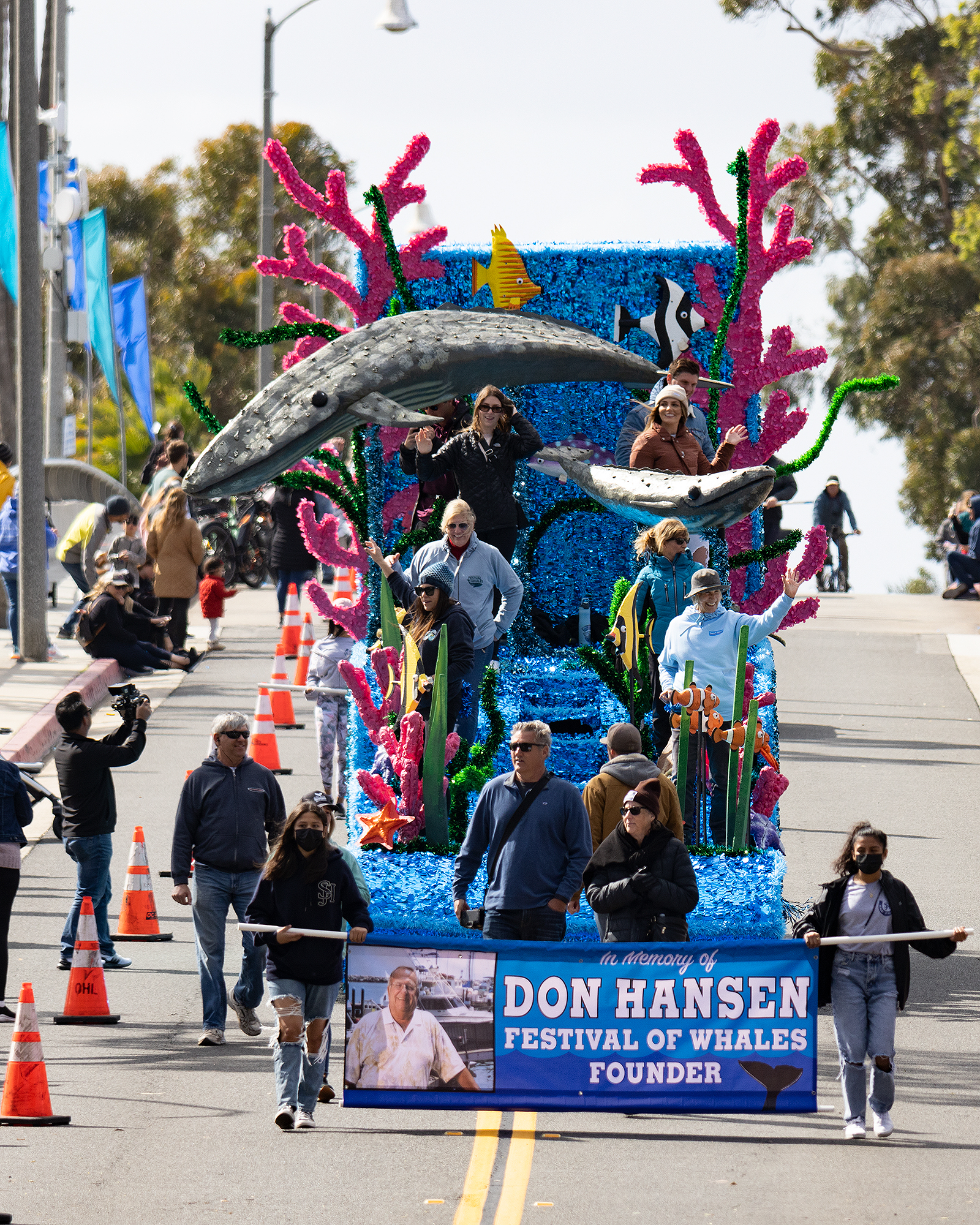 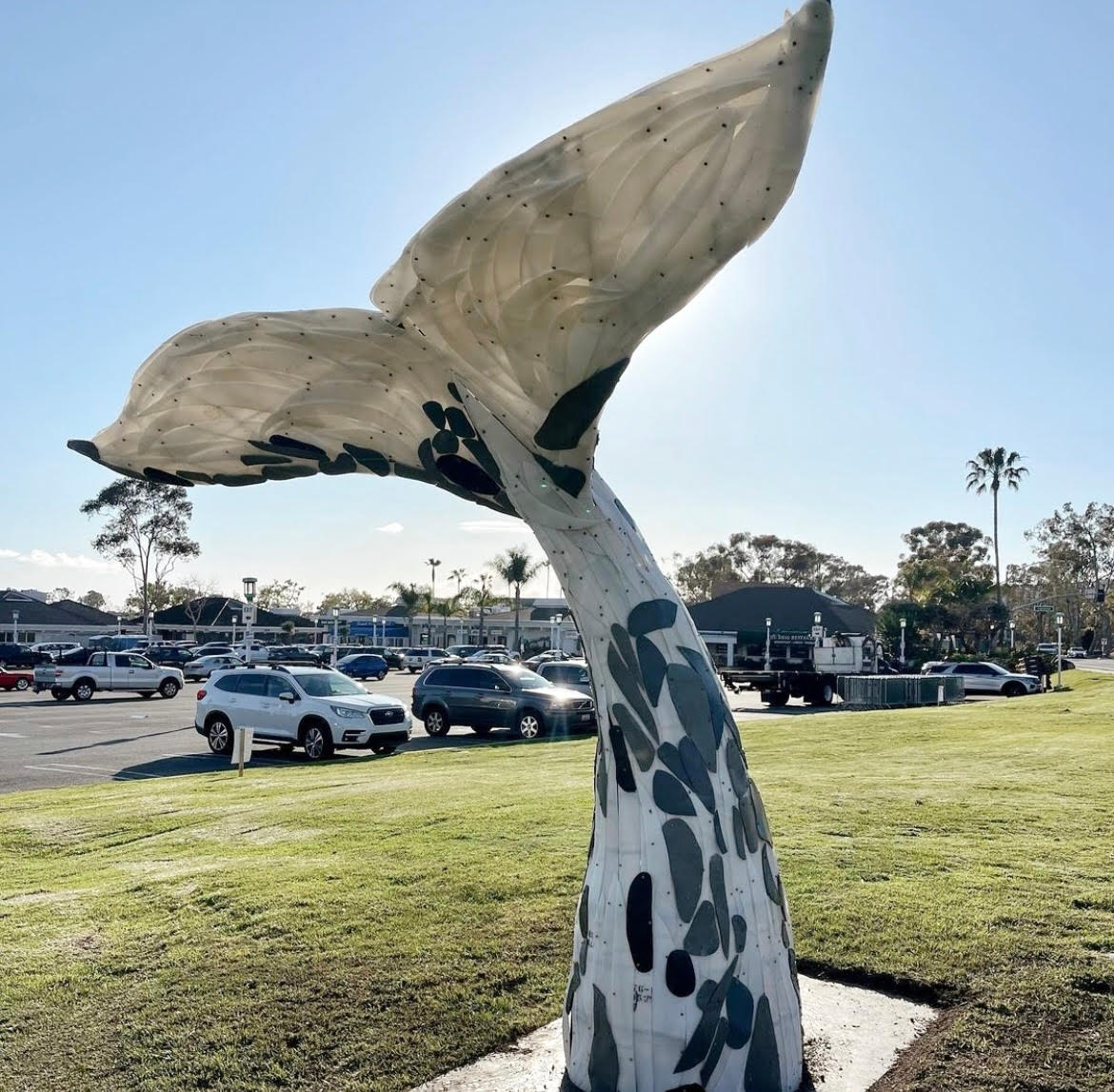 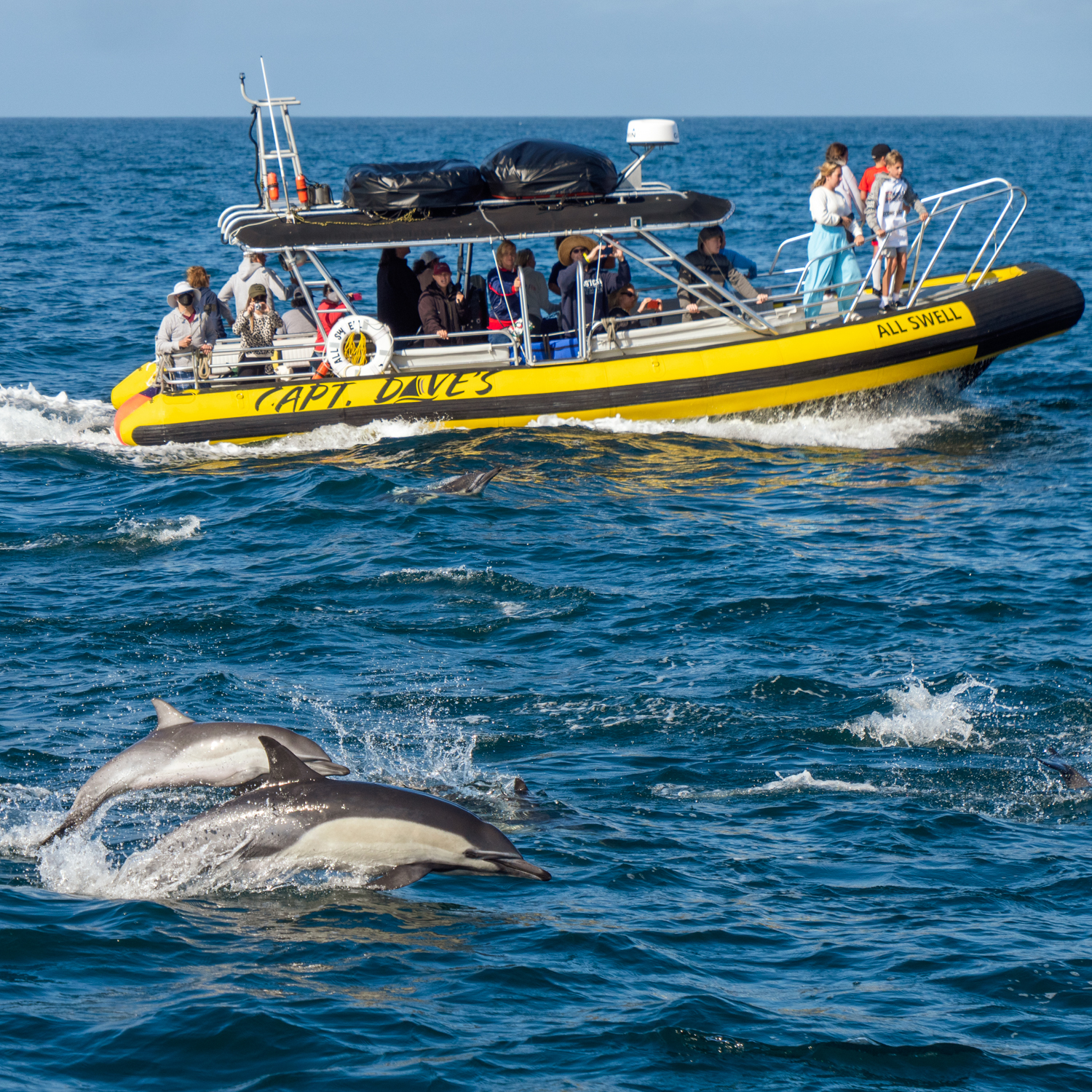 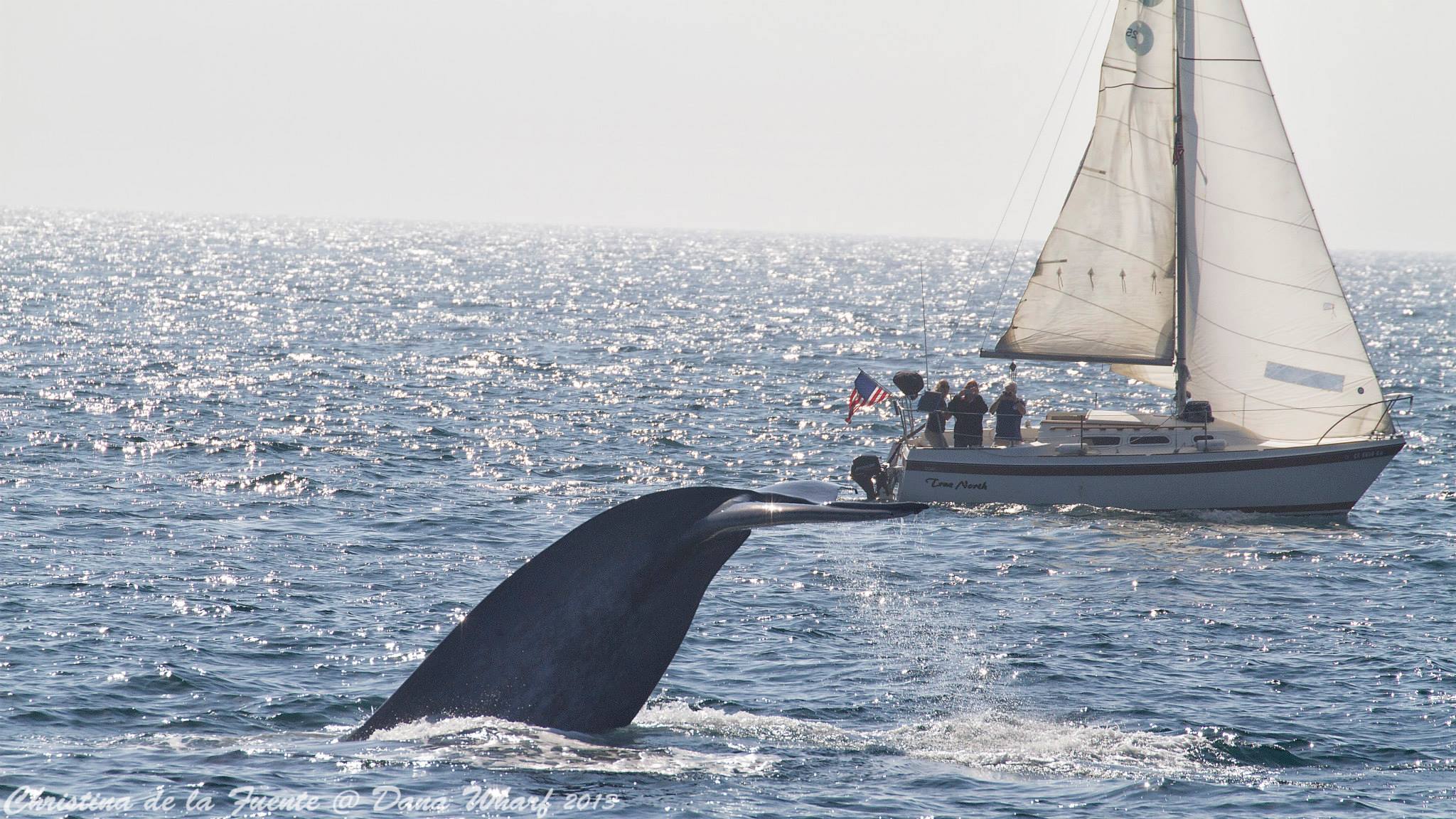 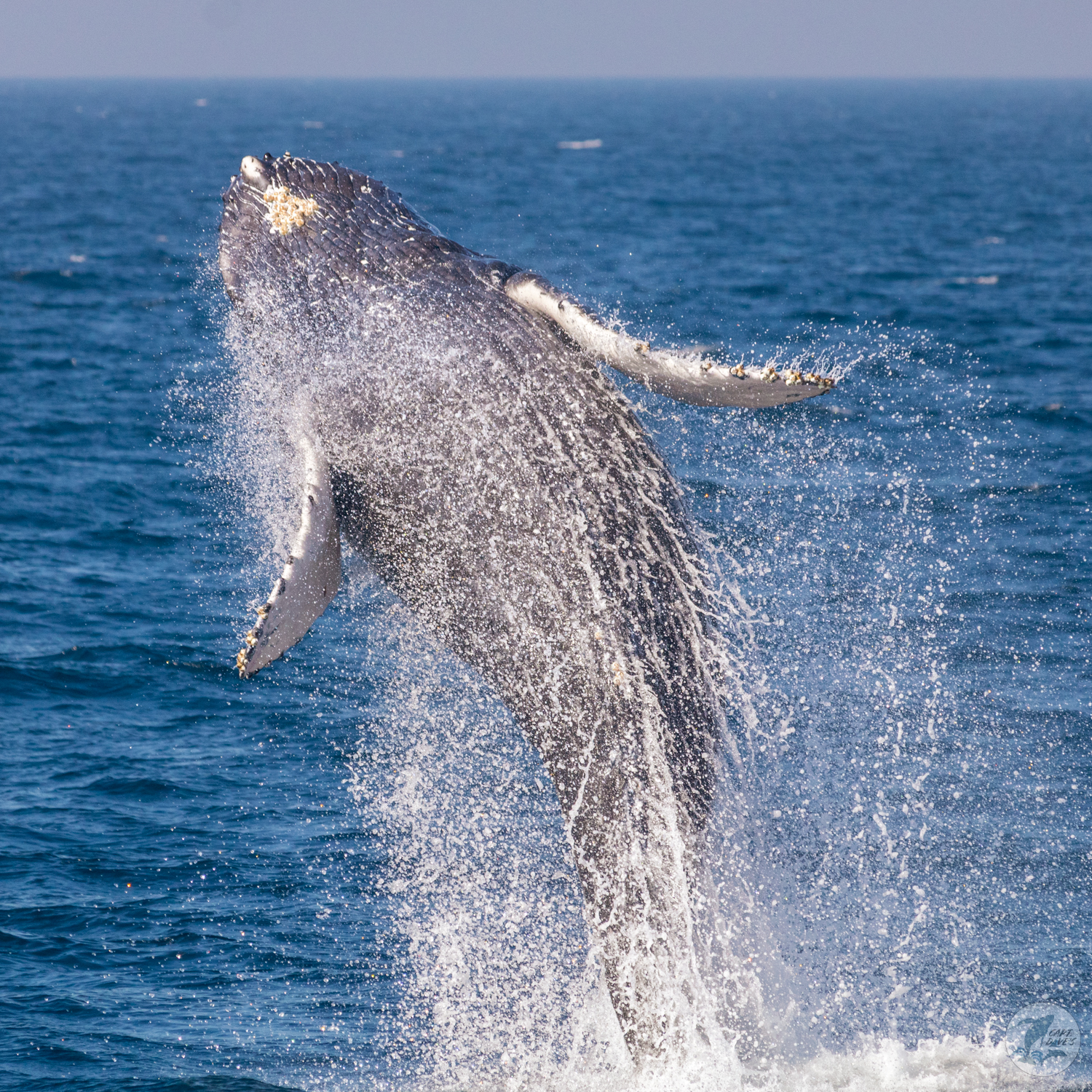 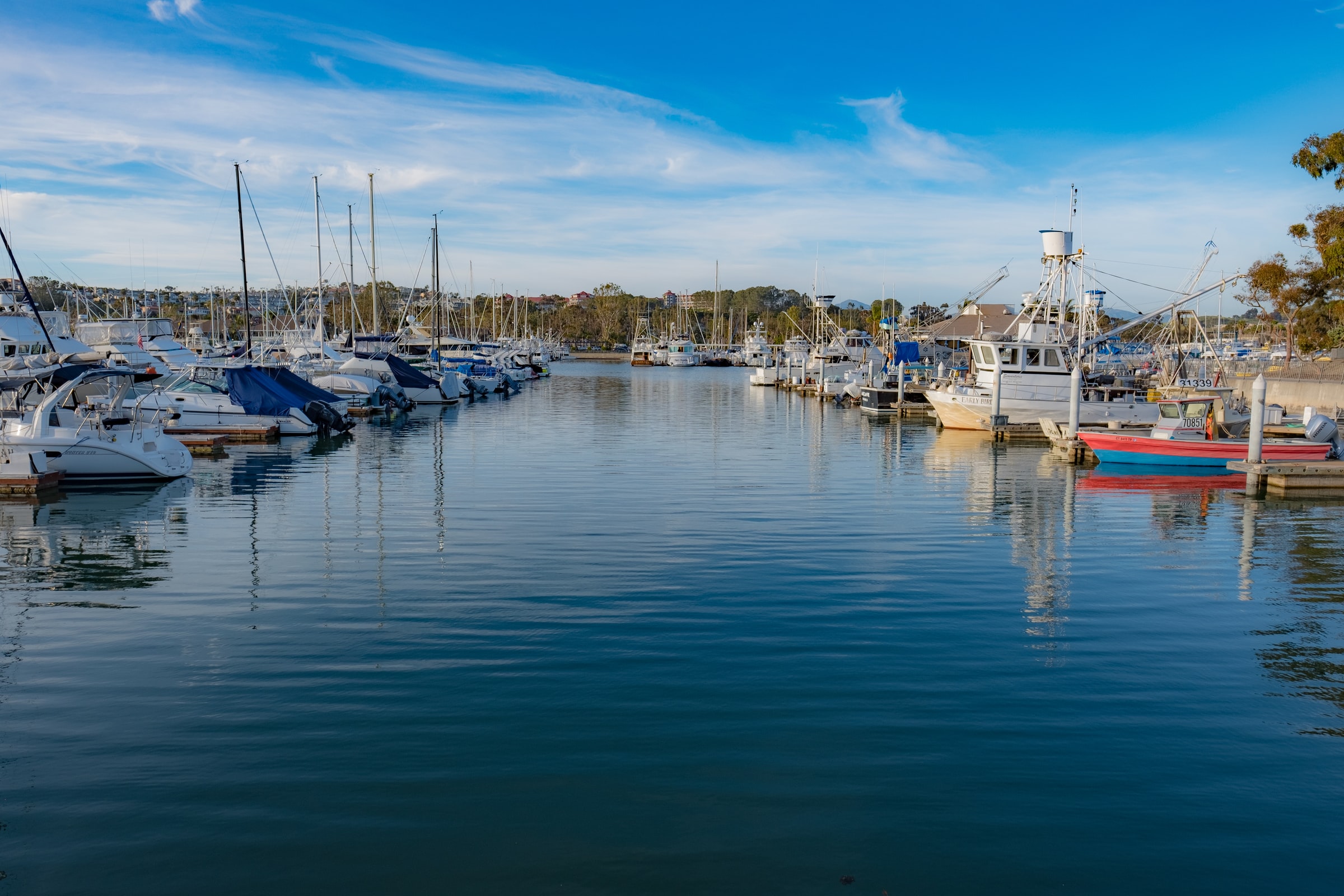 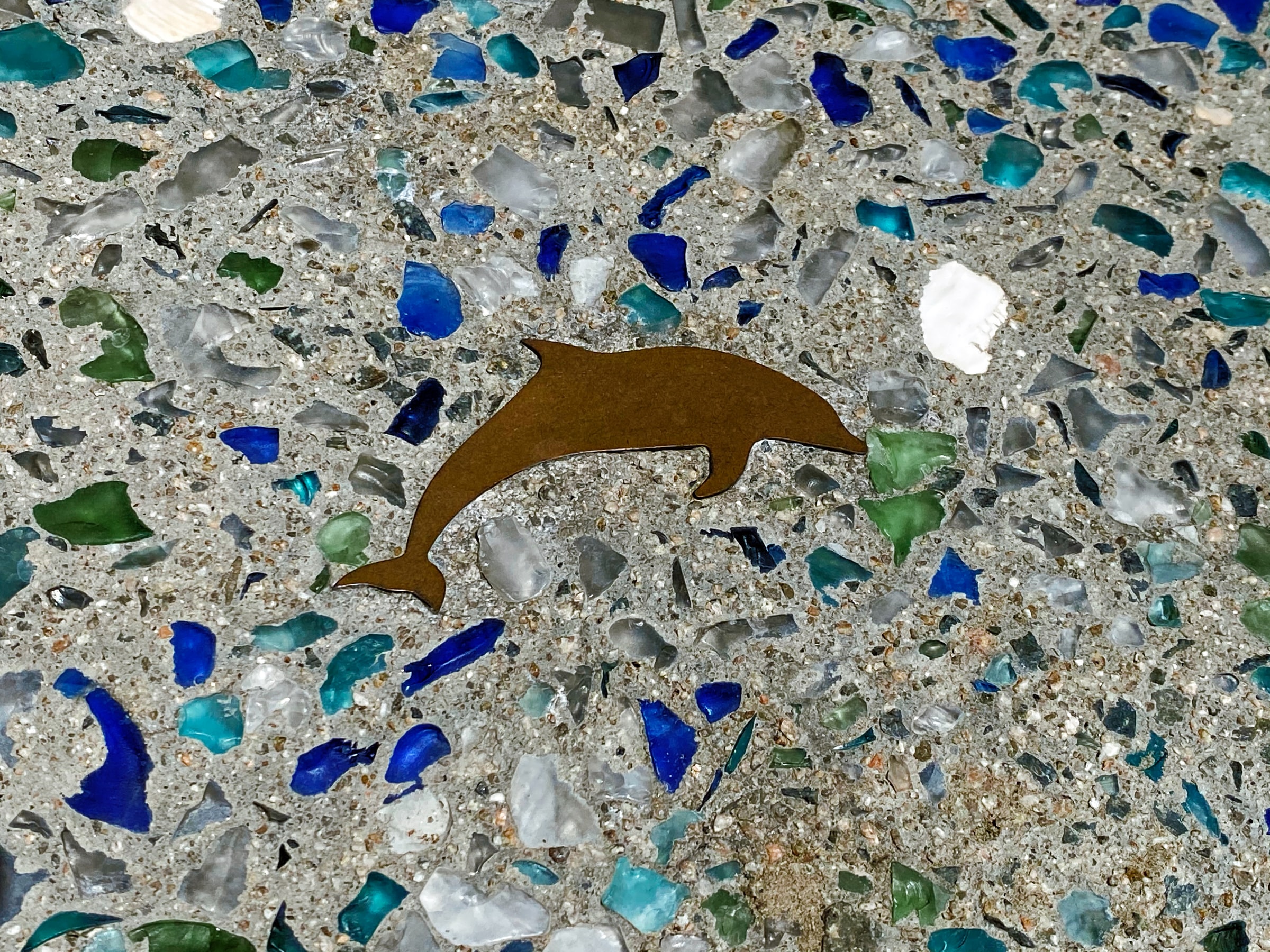 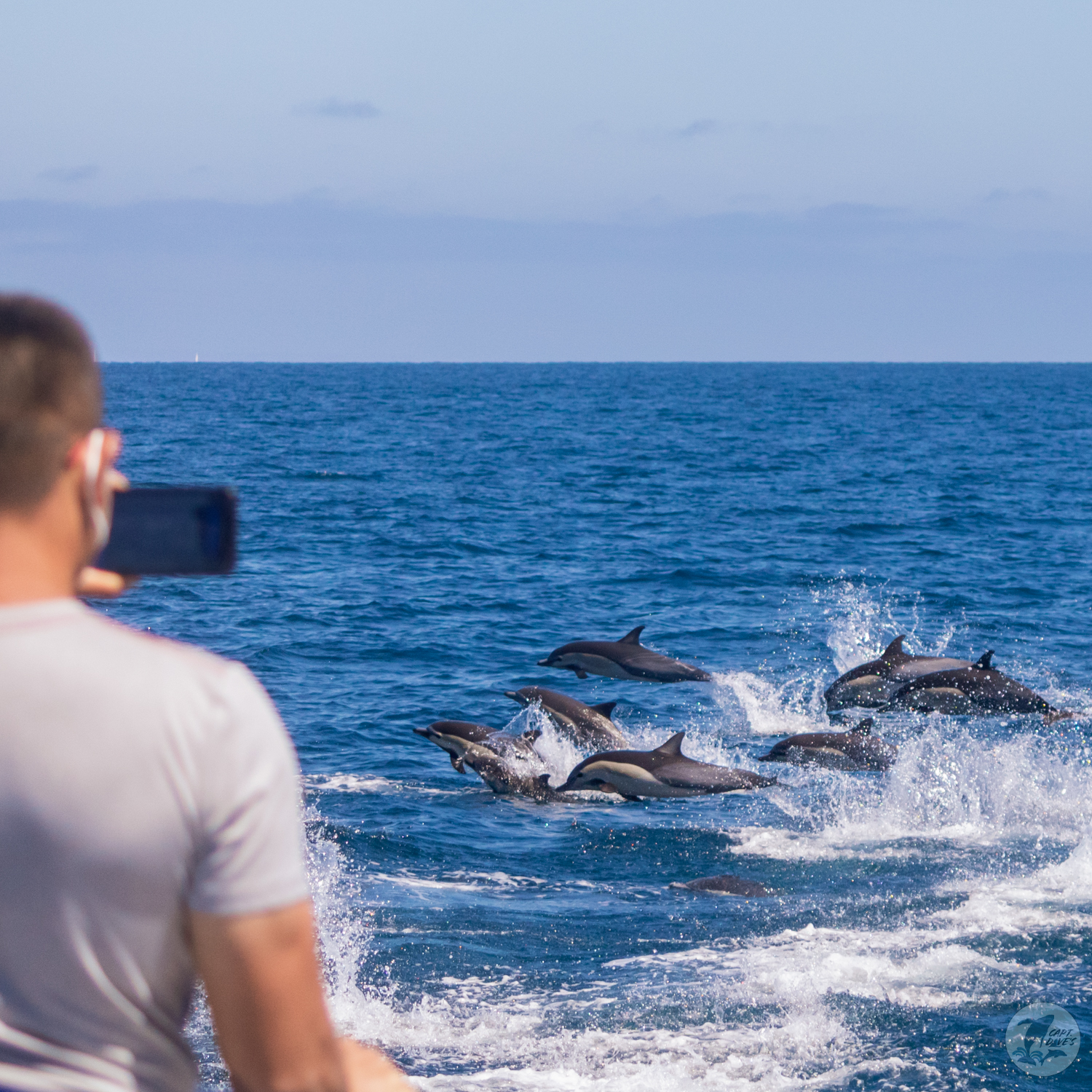 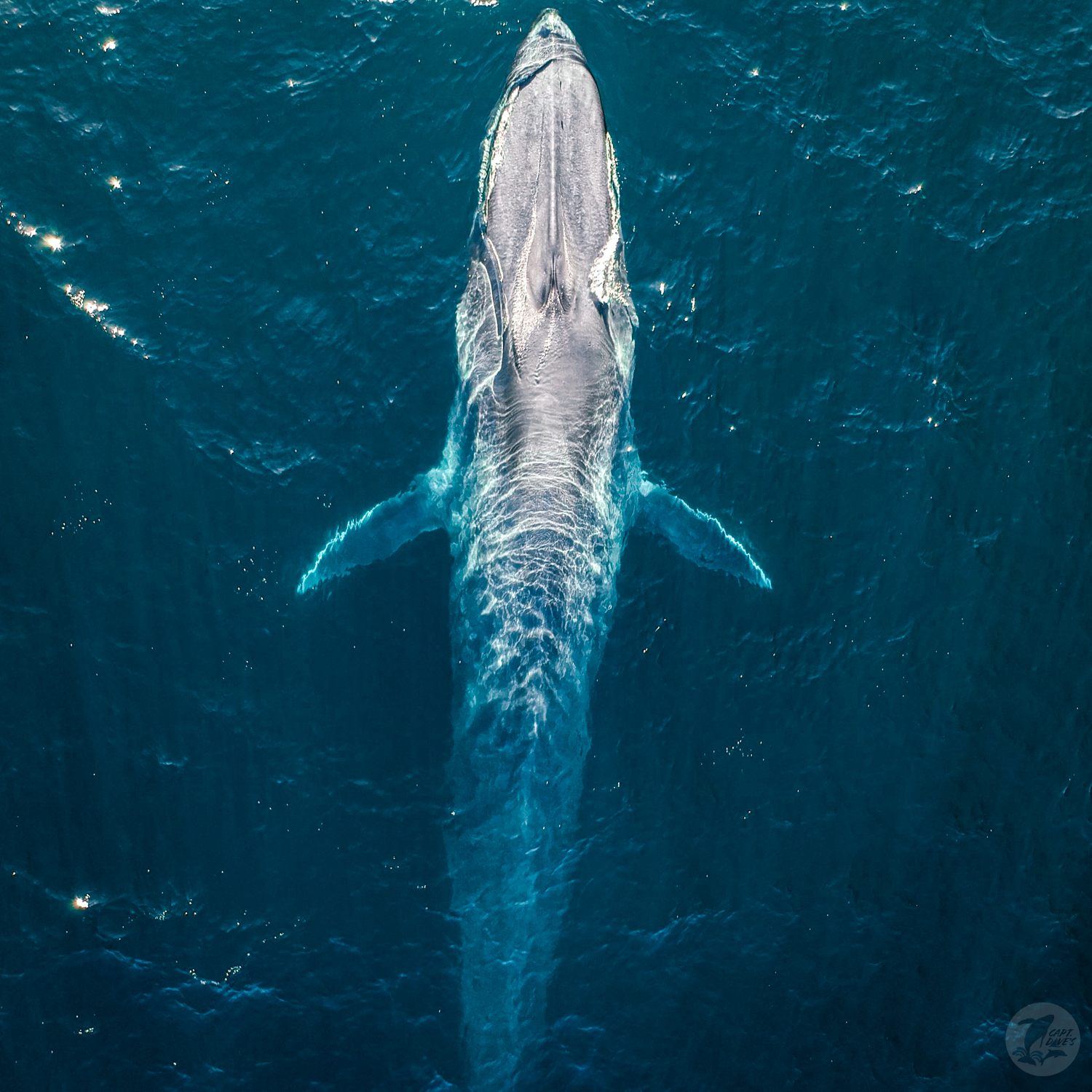 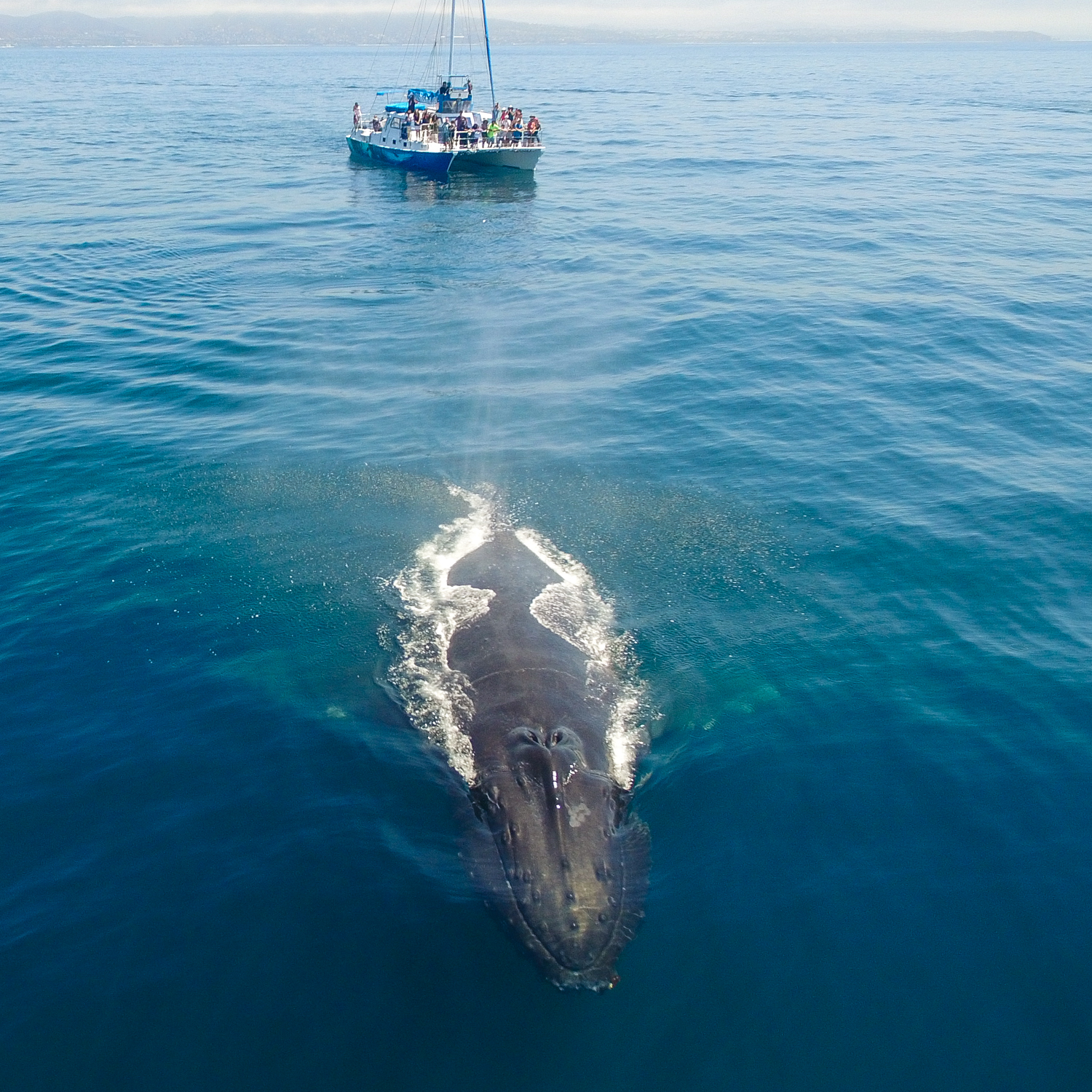 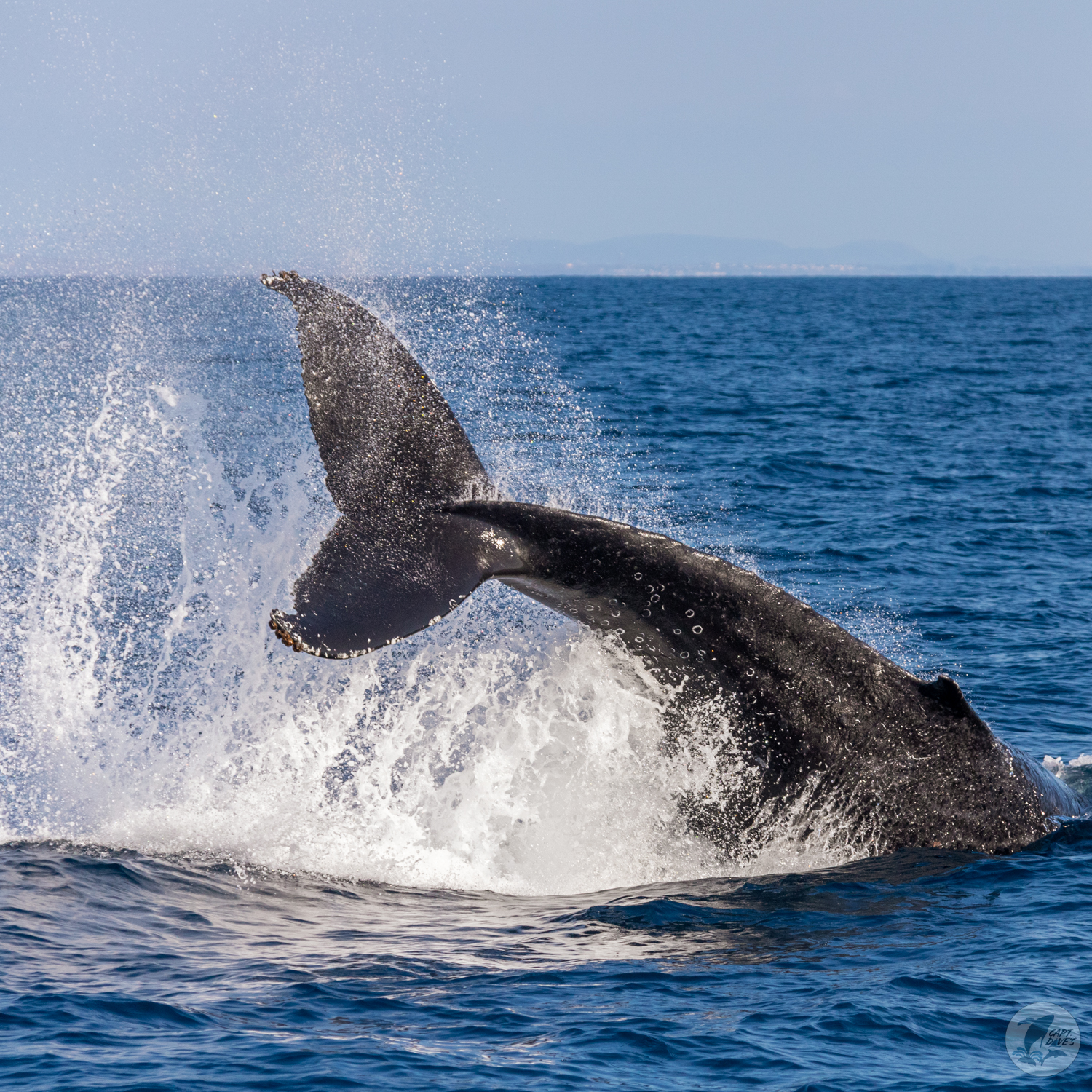 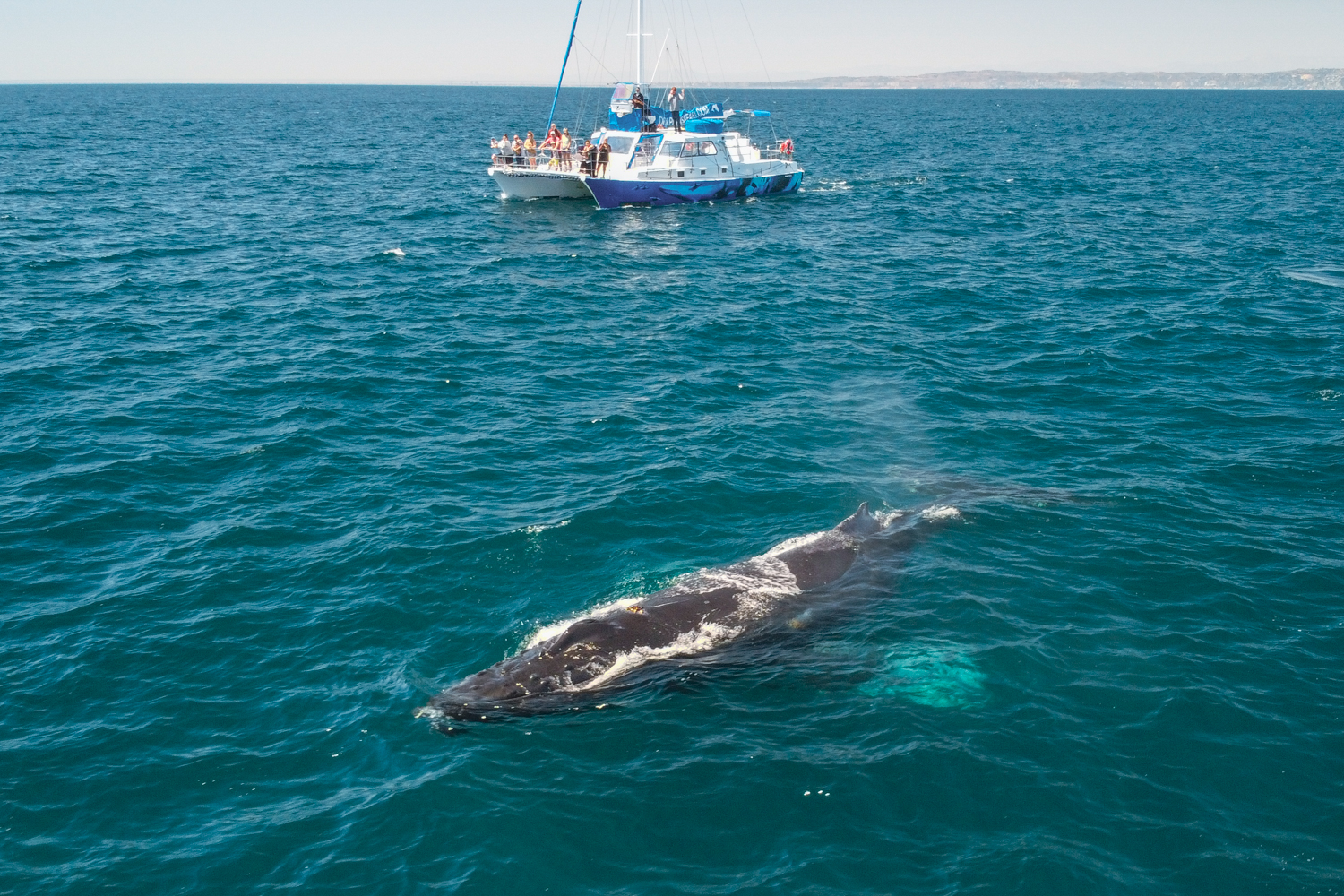 During the winter and spring, both visitors and the local community enjoy the spectacular gray whale migration, which inspired the annual Dana Point Festival of Whales.

The Juaneño Band of Mission Indians, Acjachemen Nation are Indigenous peoples of California and the original inhabitants of the lands that later became colonised and known as Orange County, as well as parts of San Diego, Los Angeles, and Riverside Counties. For thousands of years, the Acjachemen lived in harmony with the natural world, viewing the lands and ocean as sacred and inseparable from their own survival.

In recent years, since the designation of Dana Point as a Whale Heritage Site, members of the Acjachemen Nation have joined the Dana Point Festival of Whales, with a spiritual overseer performing a blessing and ‘welcoming of the whales’ ceremony to launch the festival. 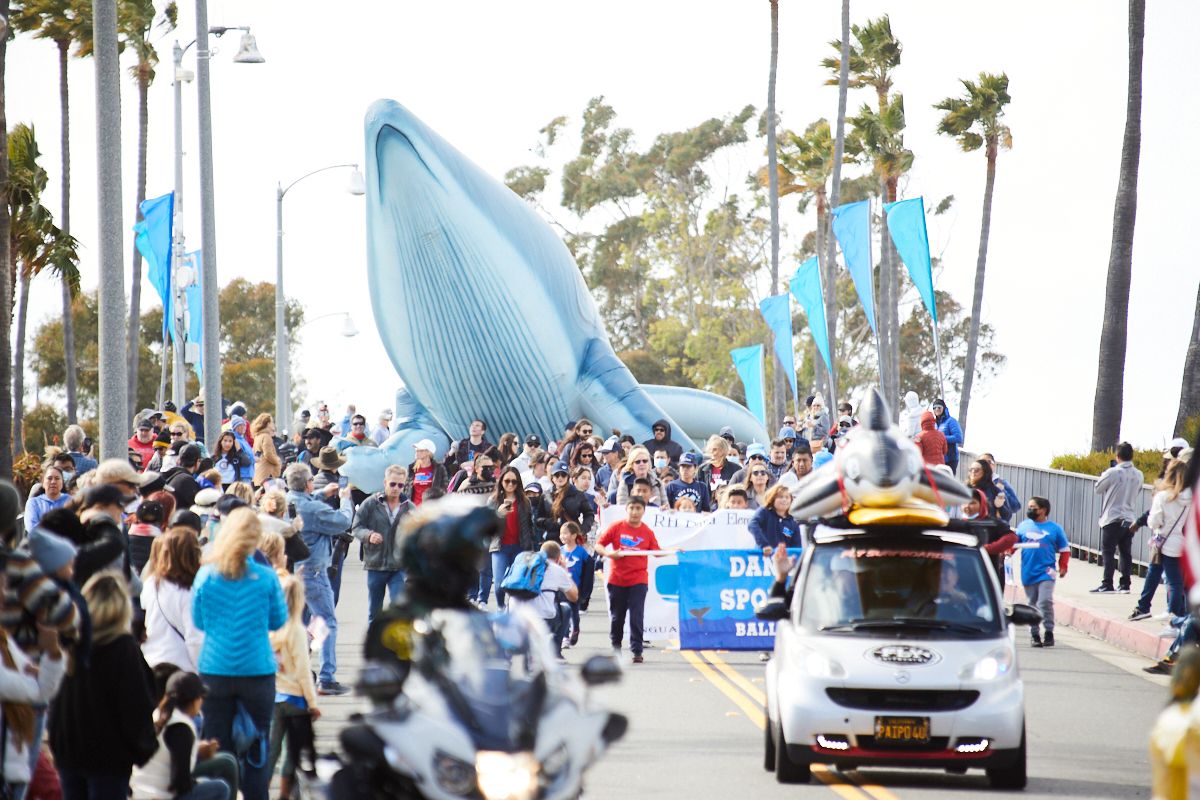 Whale watching companies in the Whale Heritage Site work collaboratively to ensure minimum disturbance to the whales and dolphins encountered on their tours.

There are whale watching guidelines developed by the National Marine Fisheries, a division of NOAA (National Oceanic and Atmospheric Administration), to ensure that any interaction with cetaceans is done in a respectful manner with a minimal level of disturbance.

Whale watching from shore, such as from the protected tidepools, shore or from the top of the Dana Point Headlands, utilise viewing platforms and a nature centre overlooking the protected marine reserve.

The area also has a special whale response team, overseen by National Marine Fisheries Services, that can respond when entangled animals are observed.

Dana Point hosts the world’s first and longest-running annual whale festival, the Dana Point Festival of Whales, which has been taking place for over 50 years. The festival started in 1971 as an annual celebration of the gray whale migration along the California coast. During the festival, various activities are organised, from lectures about whales and music performances to sailing clinics and a fine arts show – and, of course, lots of responsible whale watching tours.

For the 2022 Festival of Whales, a whale tail sculpture, titled ‘Fluke: A Tale of Plastic’, was made from bottles found during local beach cleans and displayed at Dana Point Harbor for the community to enjoy. Marine-inspired arts and crafts, including life-sized whales, can also be found at the Dana Point Fine Arts ‘Art Walk’ on Doheny Beach.

The Dana Point Whale Heritage Site steering committee have taken several actions to encourage a reduction in plastic use and carbon emissions. These have included introducing water boxes as a more sustainable alternative to single-use plastic bottles, upgrading their vessels’ engines to “Tier 3” technologies where possible, campaigning to remove plastic waste and mylar balloons, and working with local partners to collect and recycle discarded fishing gear.

The local government has introduced the Show Your LOVE Dana Point initiative to encourage Dana Point citizens to reduce litter and conserve resources in their community, and regular beach-clean activities are organised along the coastline, including clean-ups run by local non-profit Stand Up To Trash.

The City of Dana Point has multiple programs to monitor and improve its water quality, and also participates in a cooperative effort to test all beaches. The data from these tests is provided to environmental organisation Heal the Bay, which produces an annual report grading West Coast beaches based on bacteria levels found in water quality sampling.

Dana Point’s responsible whale watching tour operators run long-term data-gathering projects in collaboration with each other and in association with academic institutions or NGO school outreach programs. These include:

The Ocean Institute, located at the far west end of Dana Point Harbor, offers ocean science and maritime history programs for K–12 students and their teachers. The Institute also has ocean-themed exhibits that are open to the general public and its own research vessel which is used for student programs and to take visitors on trips to see marine wildlife.

A free ‘Whale Walk and Talk’ educational tour, starting from the Dana Point Nature Interpretive Center, takes place on the second Saturday of each month. This docent-led walk teaches guests about the marine mammals of the Southern California area, how to identify them, where and when to see them, and how to responsibly view marine wildlife. Depending on the time of year, participants may even spot a whale or two during the walk.

The Steering Committee members are:

As a priority, the Dana Point WHS Steering Committee should continue to work with stakeholders to encourage the further development and showcasing of sustainable practices; for example:

– Create partnerships with other key stakeholders to develop projects and outreach programs working to address any environmental threats at the site.

– Implement wider measures to encourage reduction in energy use and adoption of renewable technologies.

– Establish initiatives and incentives to reduce carbon emissions in the tourism sector.

– Further develop campaigns to promote environmental sustainability throughout the community and with local businesses.

– Communicate WHS status and the underlying principles of WHS to community members across the site.

Dana Point WHS Steering Committee will provide a draft Action Plan with measurable goals and activities to achieve a more integrated approach to sustainable development within the site. The Action Plan should note any potential to engage and involve other stakeholders in developing these initiatives, or in monitoring social, environmental, and economic sustainability issues across the site.

The panel appreciate that there are collaborative long-term data-gathering projects in place. However, the panel noted limited showcasing of research outputs or communication of scientific findings to the general public.

As a priority, the Dana Point Steering Committee should seek to develop a more integrated approach to research, conservation and educational initiatives. The Committee should consider expanding dedicated research and citizen science opportunities, and improve opportunities to engage with academic institutions and community groups. Current conservation projects such as whale disentanglement programmes should be more clearly communicated as central to the work of those organisations participating.

The judges recommend that further research be undertaken to fully understand historical and contemporary links between people and cetaceans at the site, with a particular focus on Indigenous communities that certainly would have been present at the site and are likely to have had connections to the marine ecosystem. Such knowledge has led to surprising and important cultural reconnections between people and cetaceans at other sites, potentially further underpinning the importance of the site as a WHS. A first step could be to encourage a Degree or Masters student to draw together both traditional and modern cultural links at the site as part of an assessed project.