In July they welcomed the first Southern Right calf to be born in Algoa Bay!
The calf, who was named Onenzi, will likely spend two months in local waters before it’s strong enough to undertake the long journey back to the feeding grounds in the Southern Ocean.

In August they also welcomed a Bryde’s whale calf, who was then named Edeni. Lloyd Edwards at Raggy Charters said “this is only about my fifth Bryde’s calf that I have seen during the past 24 years”. 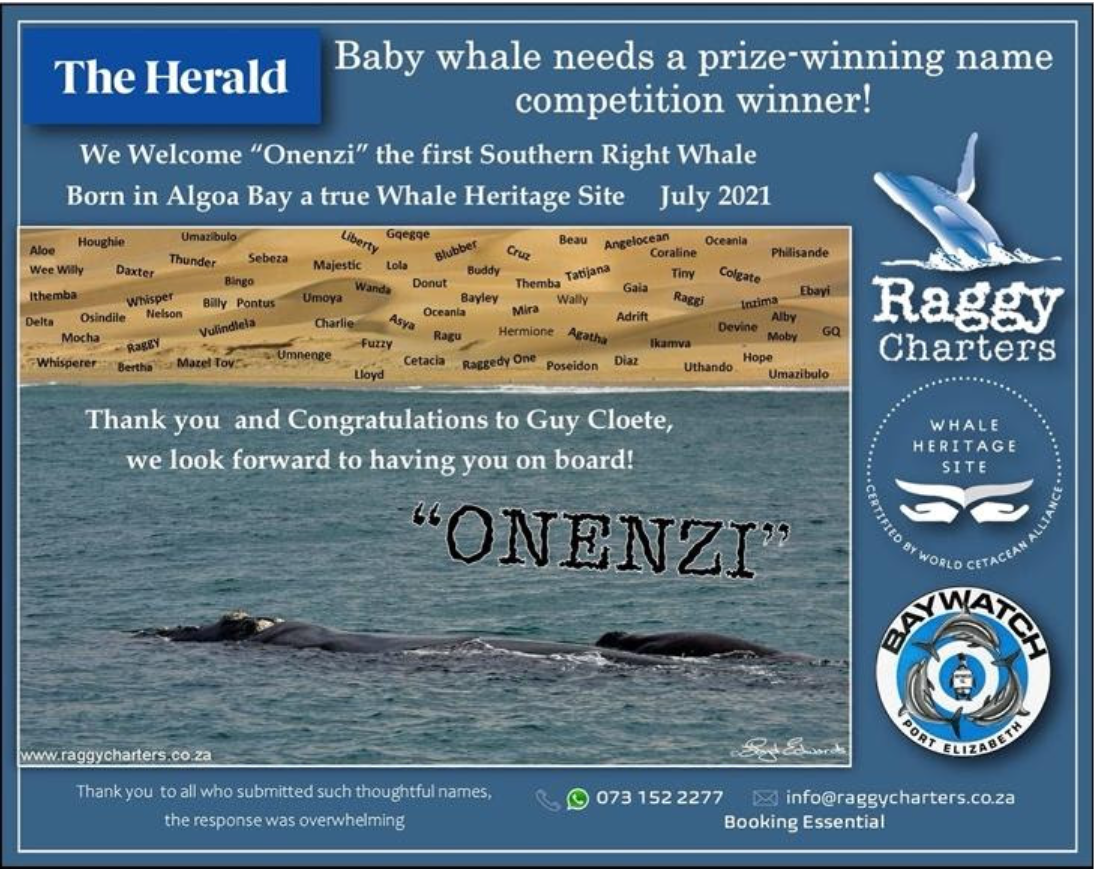