When it comes to biodiversity, Algoa Bay is arguably one of the most outstanding marine environments. During the winter months, the warm shallow waters of its unique half heart shaped bay provide ideal conditions for southern right whales to mate and have their calves.

Later in the year, the bay also serves as a nursery for Humpback whale calves before they make the long journey back south to their feeding grounds. There are cetacean species in the bay throughout the year. From June to December, you’ll find Humpback whales and from July to October is when you’ll see Southern right whales. Bryde’s and Minke whales are in the bay all year, feeding on sardines and anchovies that are rounded up by Long-beaked common dolphins or African penguins.

Algoa Bay is home to the largest colony of African penguins in the world. The foraging activities of these wonderful birds provide feeding opportunities for dolphins and whales all year round. In 2016 Algoa Bay was named the ‘Bottlenose Dolphin Capital of the World’ for having the largest pods and most frequent sightings. It is not uncommon to come across a pod of over six hundred Indo-Pacific bottlenose dolphins in Algoa Bay, and in the shallower areas of the bay, there are also frequent sightings of rare Indo-Pacific humpback dolphins, often with new-born calves which suggests that this species is calving in there.

Local tour operators have partnered up with researchers, government departments and conservation initiatives and through this collective, the different members share ideas, identify the conservation issues in Algoa Bay, and plan the efforts needed to rectify these issues. 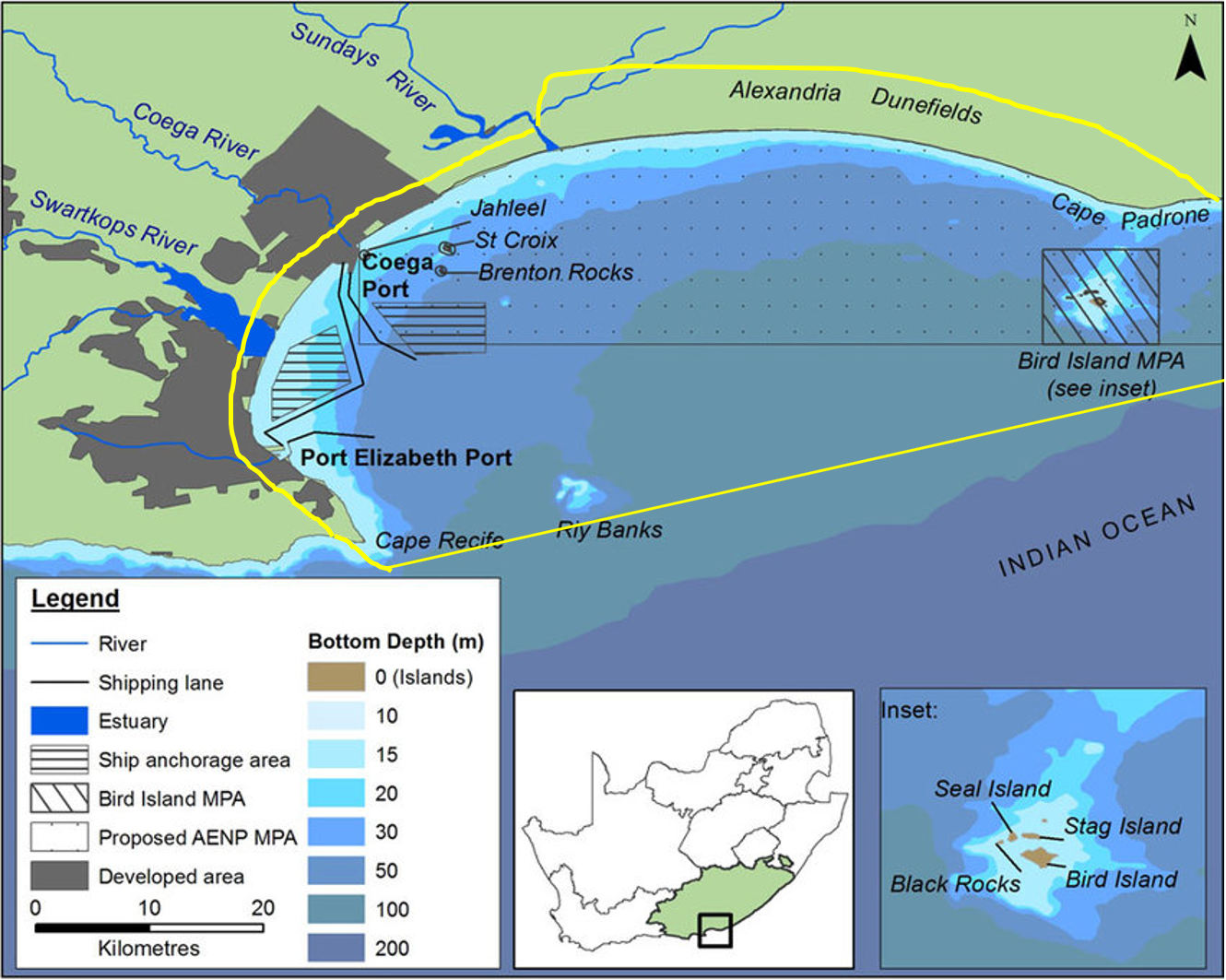 Algoa Bay is in the Eastern Cape of South Africa, located on the east coast, 683 kilometres (424 mi) east of the Cape of Good Hope. The harbour city of Port Elizabeth is situated adjacent to the bay, as is the new Coega deep water port facility. The St Croix Islands, home to a great number of bird species, are also located within the bay.

The designated site area includes Algoa Bay in its entirety, starting at the Cape Recife Lighthouse point (West point of the Bay) and extending 5 miles due South, to Woody Cape. The site includes a 0.5 km coastal strip (Nelson Mandela Bay and Sundays River Valley Municipalities) through to the Swartkops river, including Bluewater Bay continuing onto Sundays River. The coastal area then increases to 1 km from Sundays River to include Alexandria Dune Field and Wood Cape area, all part of the greater Addo.

Algoa Bay is a unique destination due for the wide diversity of marine life that can be seen. Some of the species present are listed as vulnerable or endangered, such as the Indo-Pacific humpback dolphin, Fin whale and Sei whale. The cetacean species most commonly sighted are: 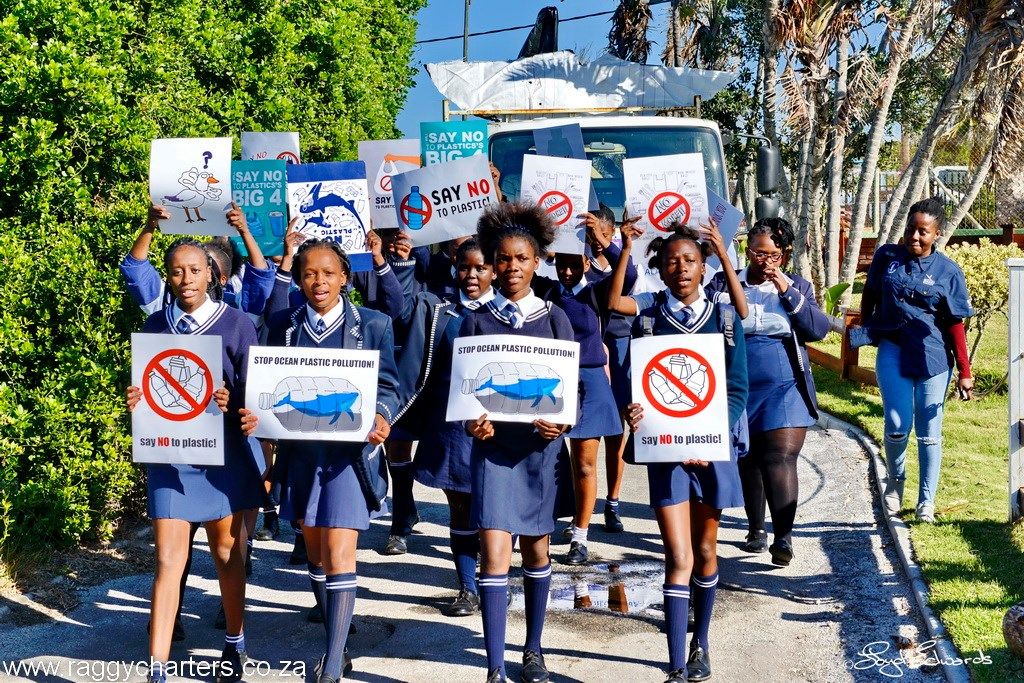 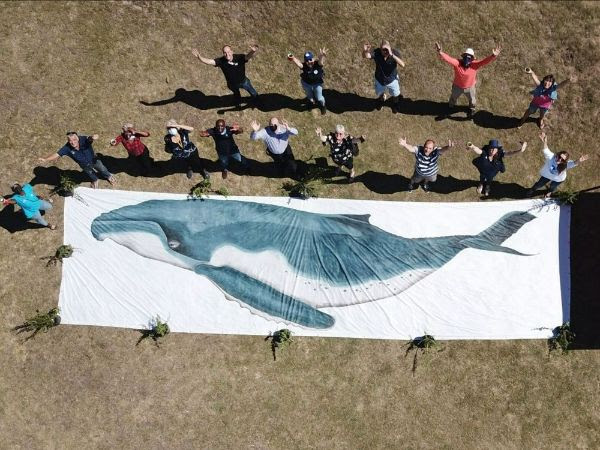 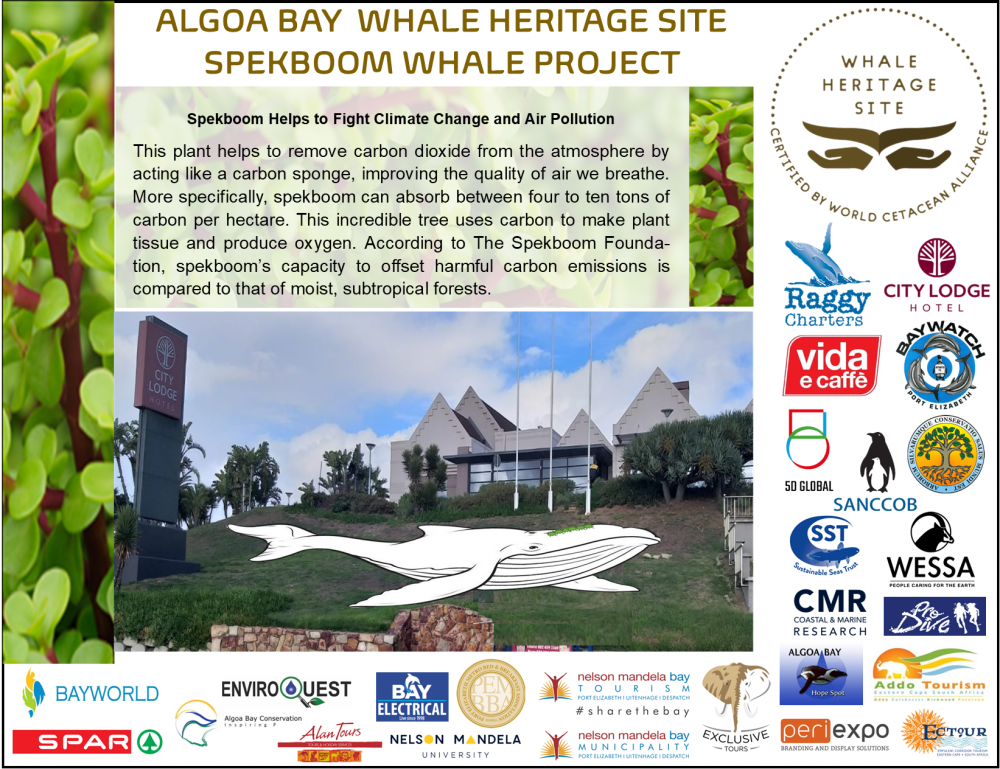 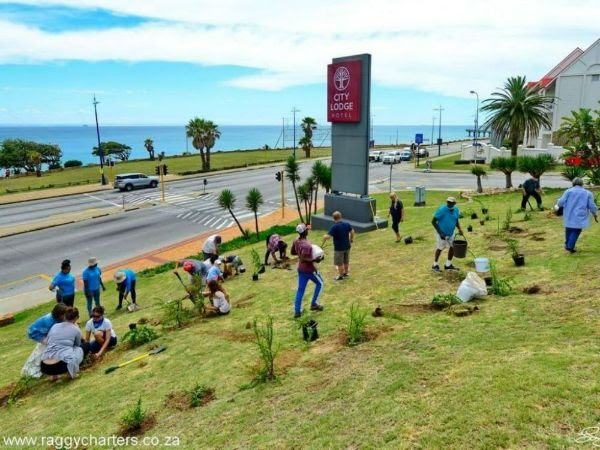 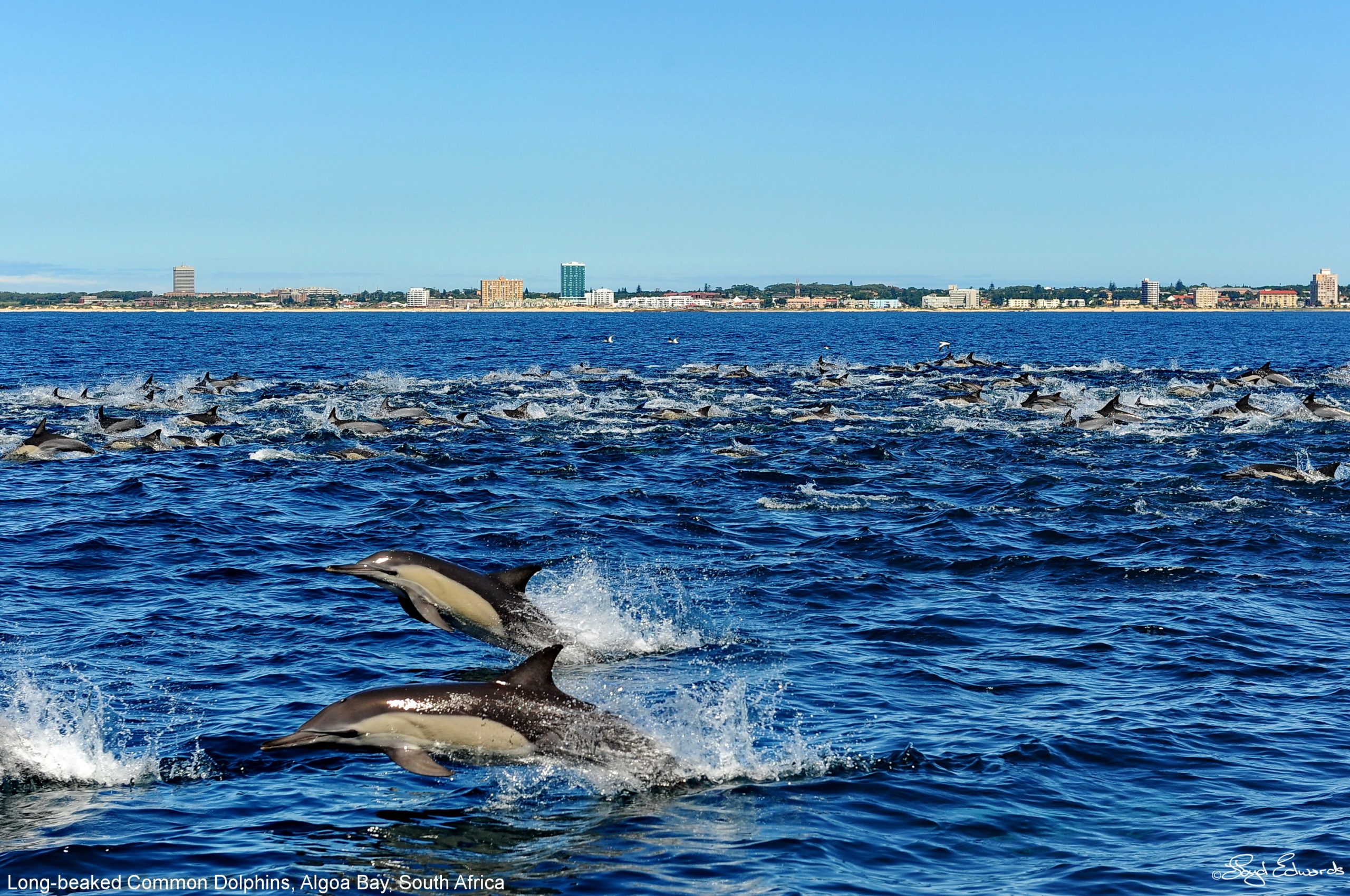 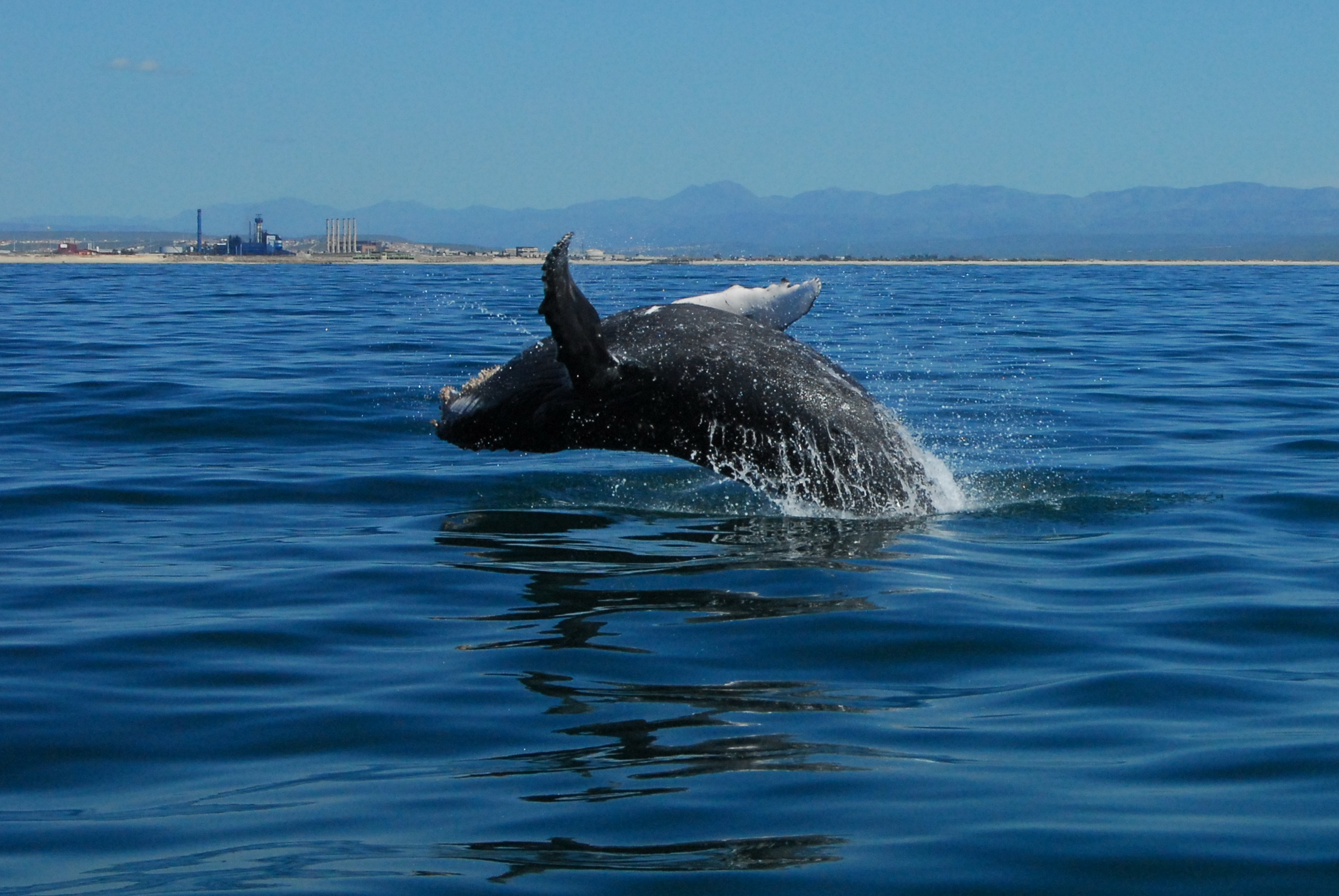 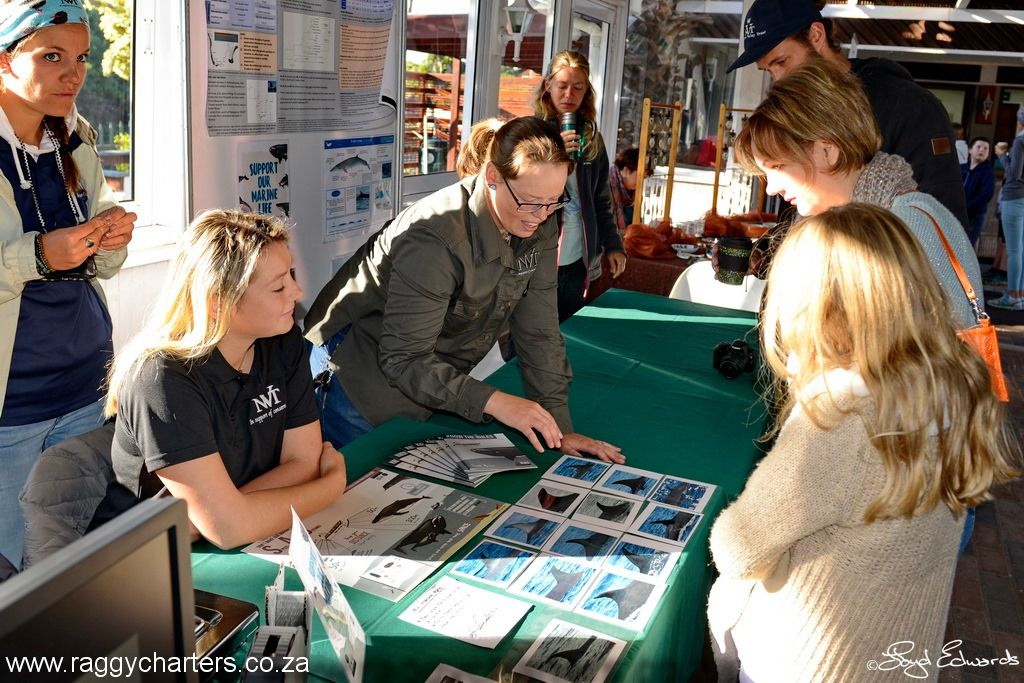 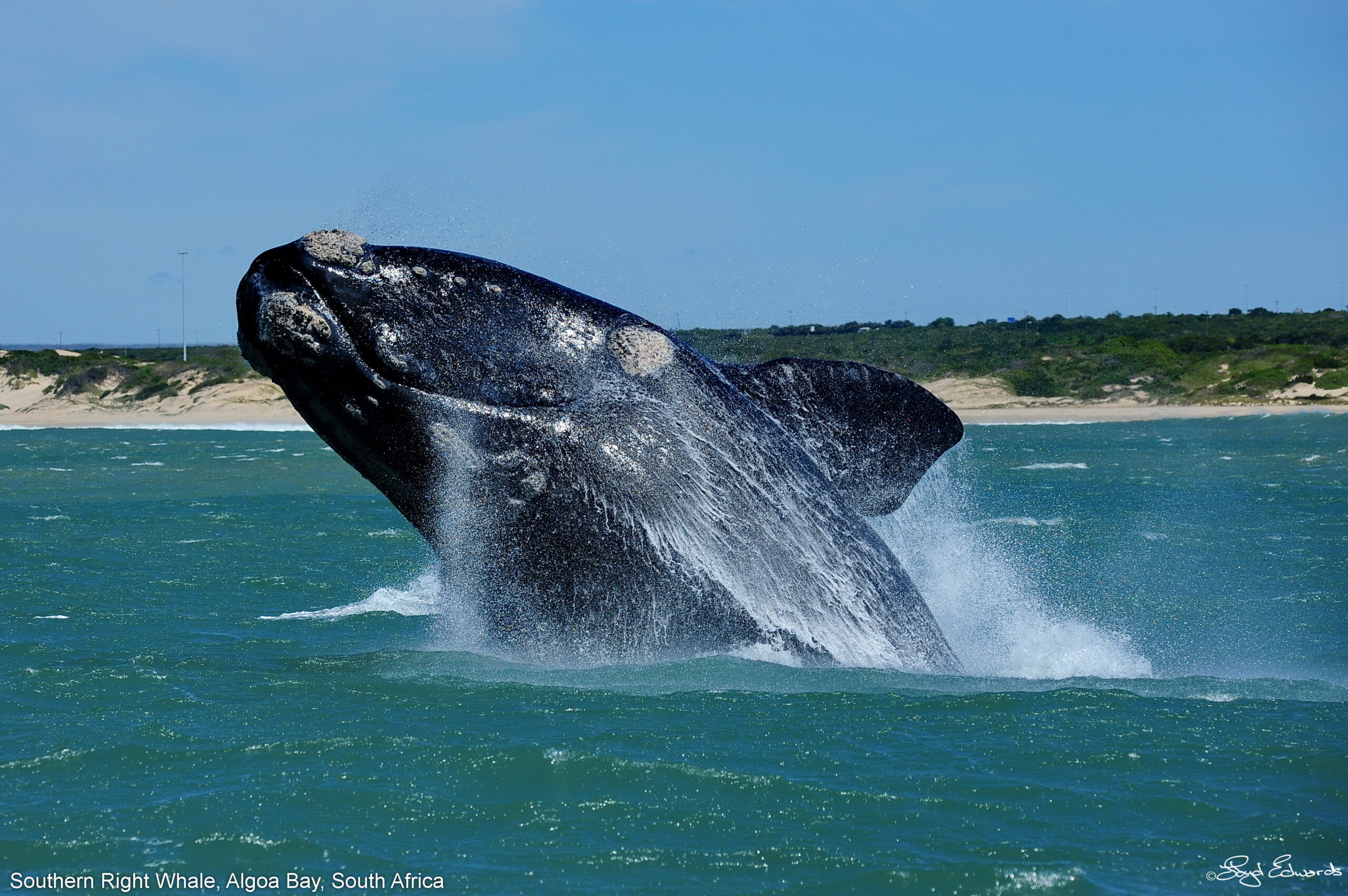 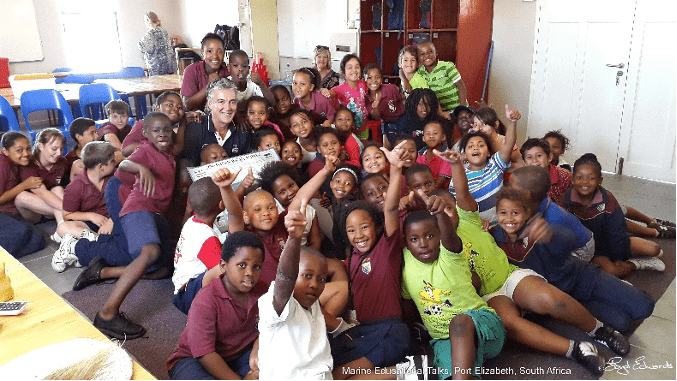 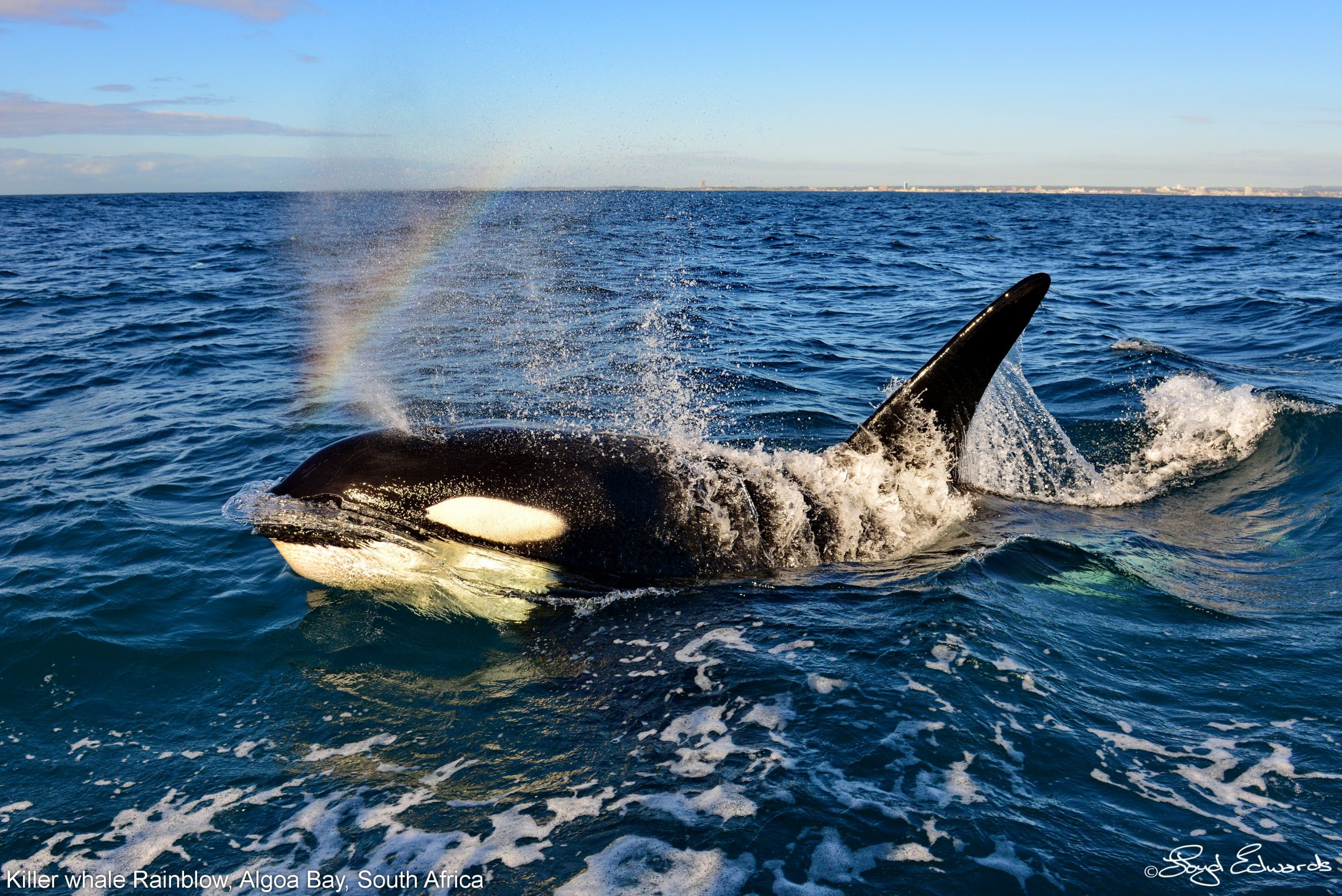 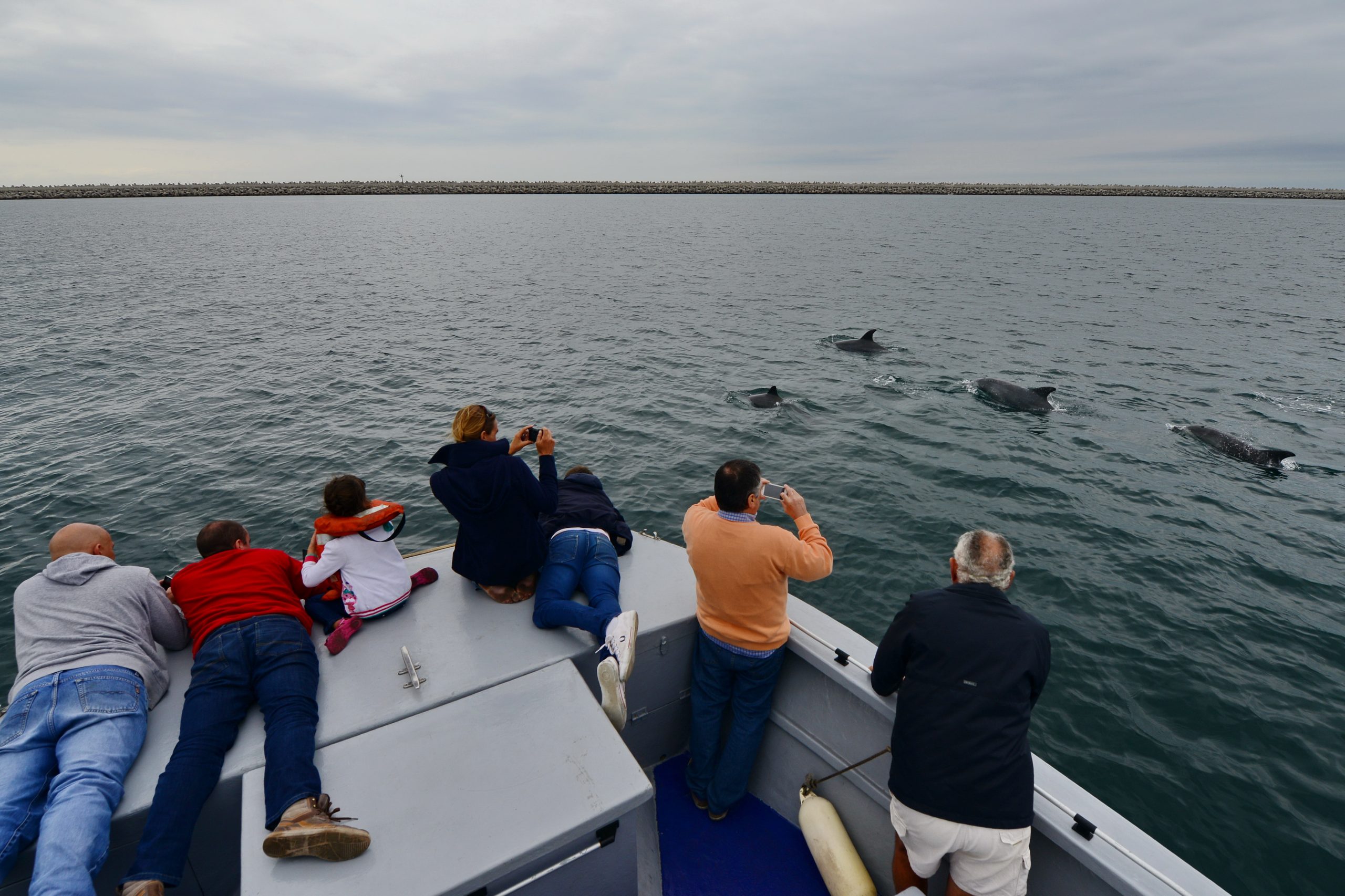 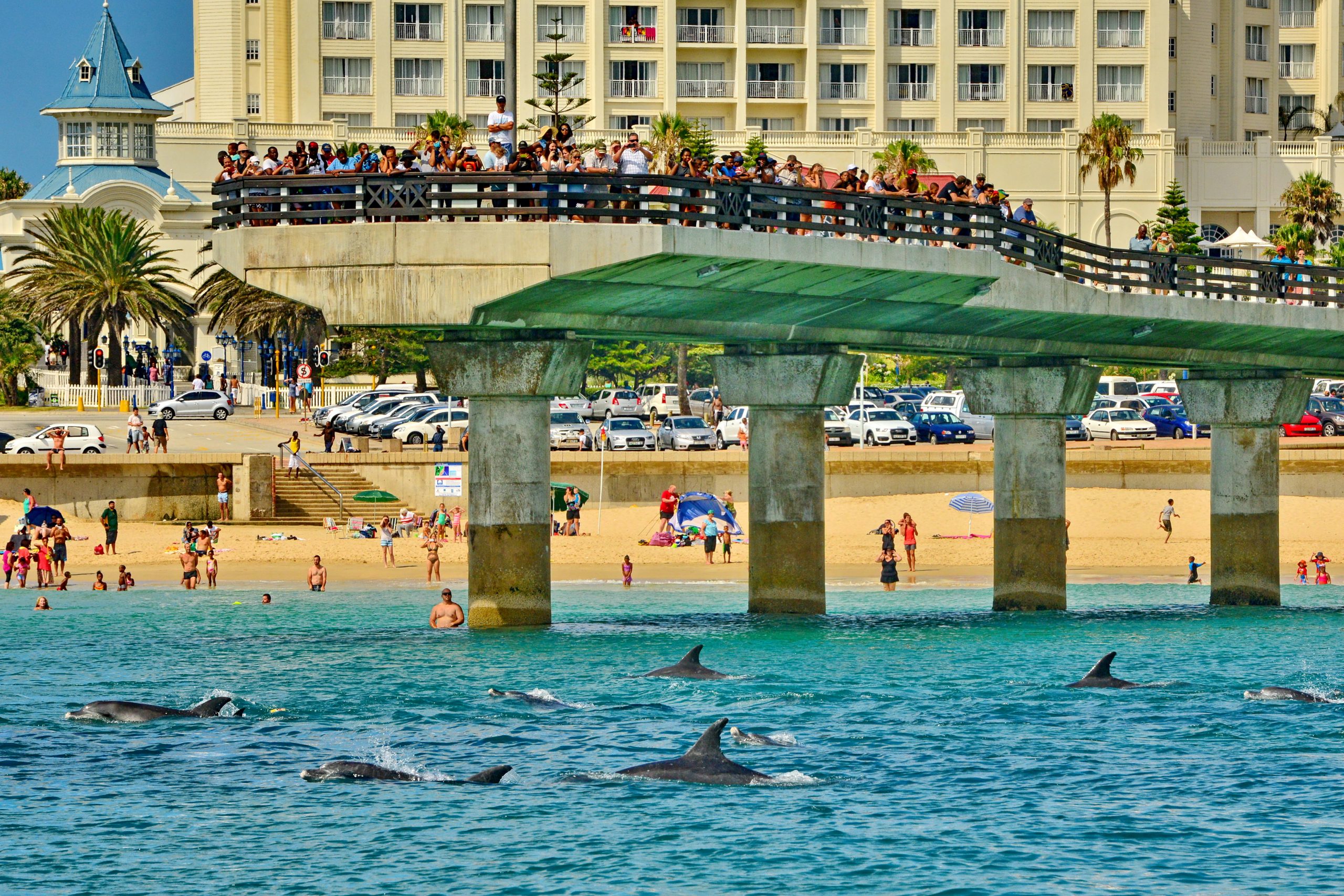 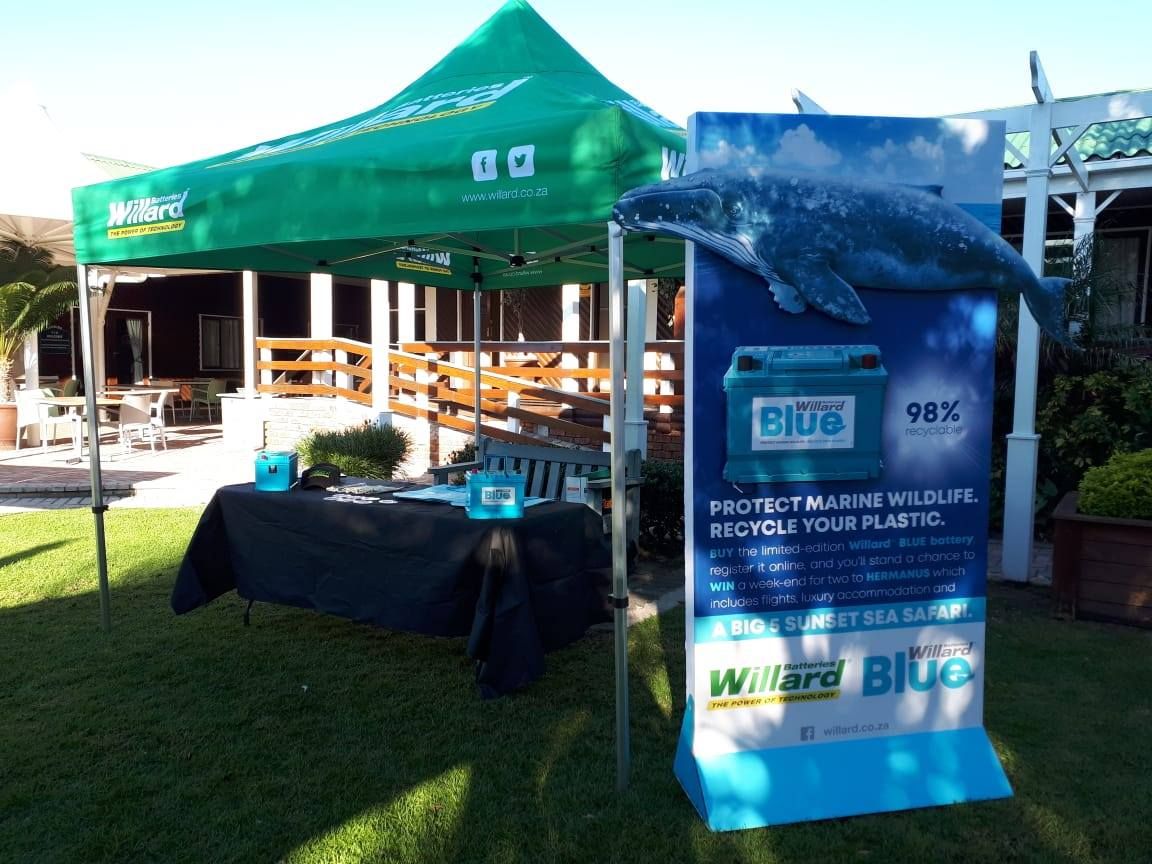 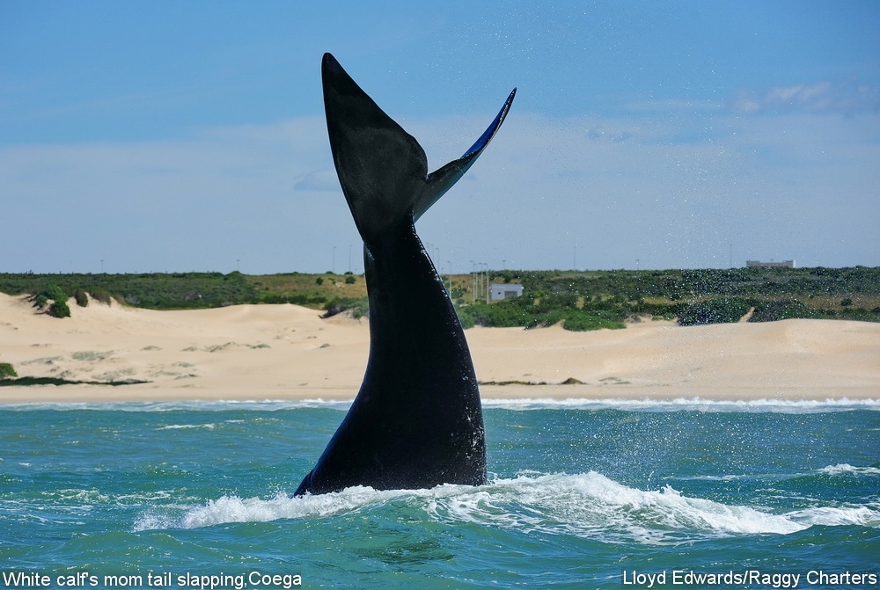 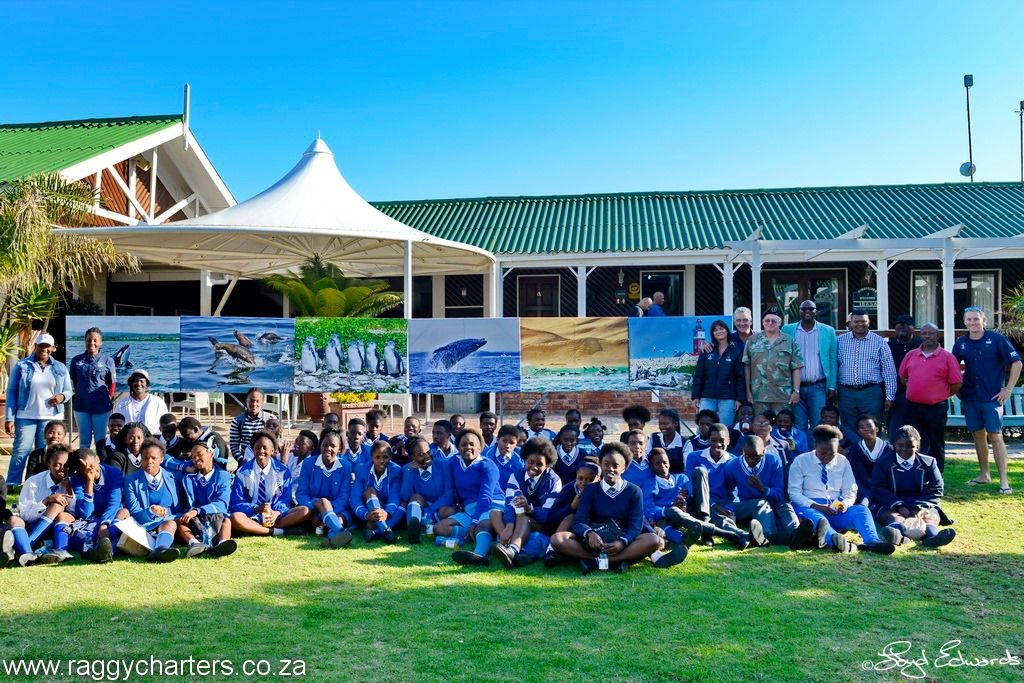 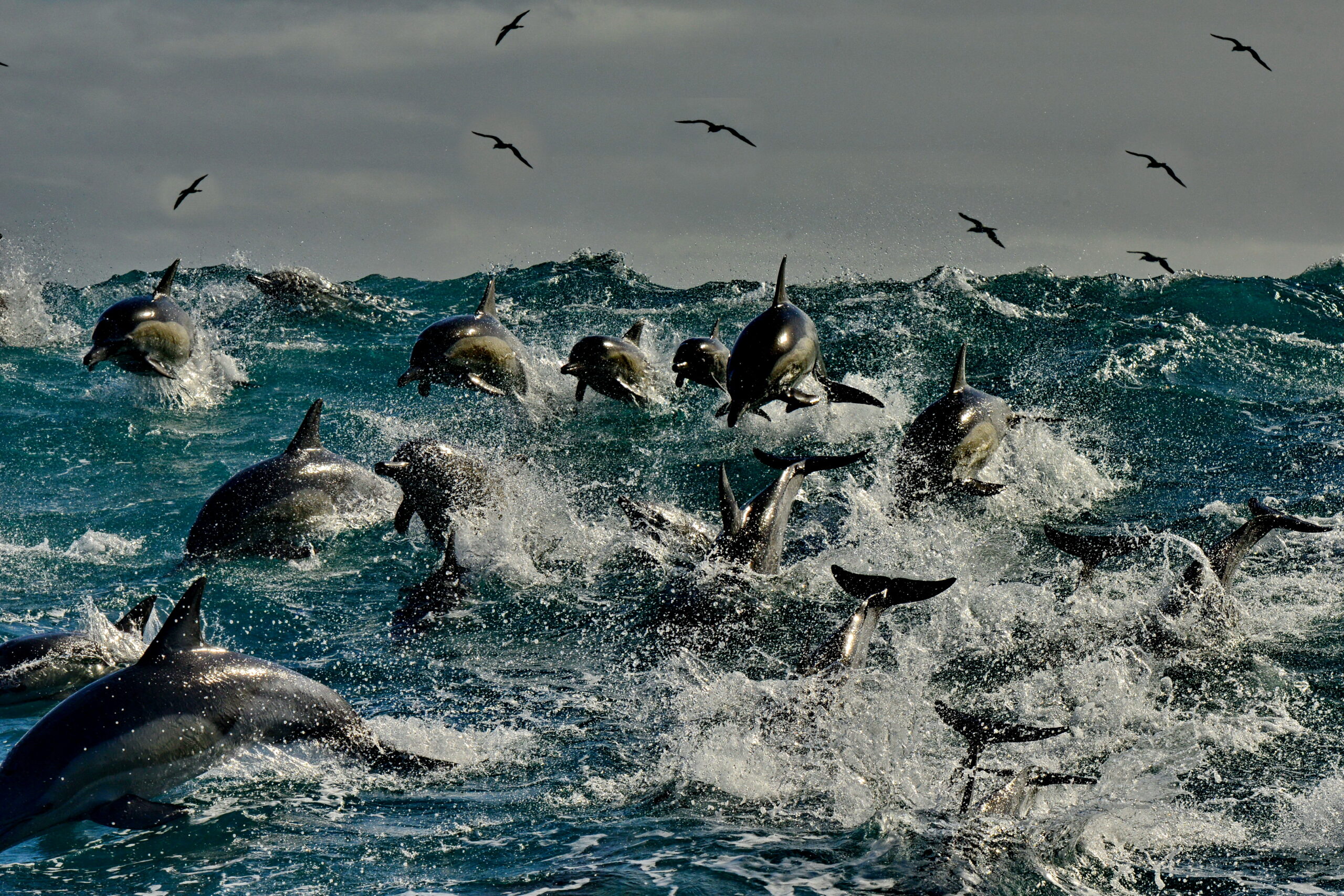 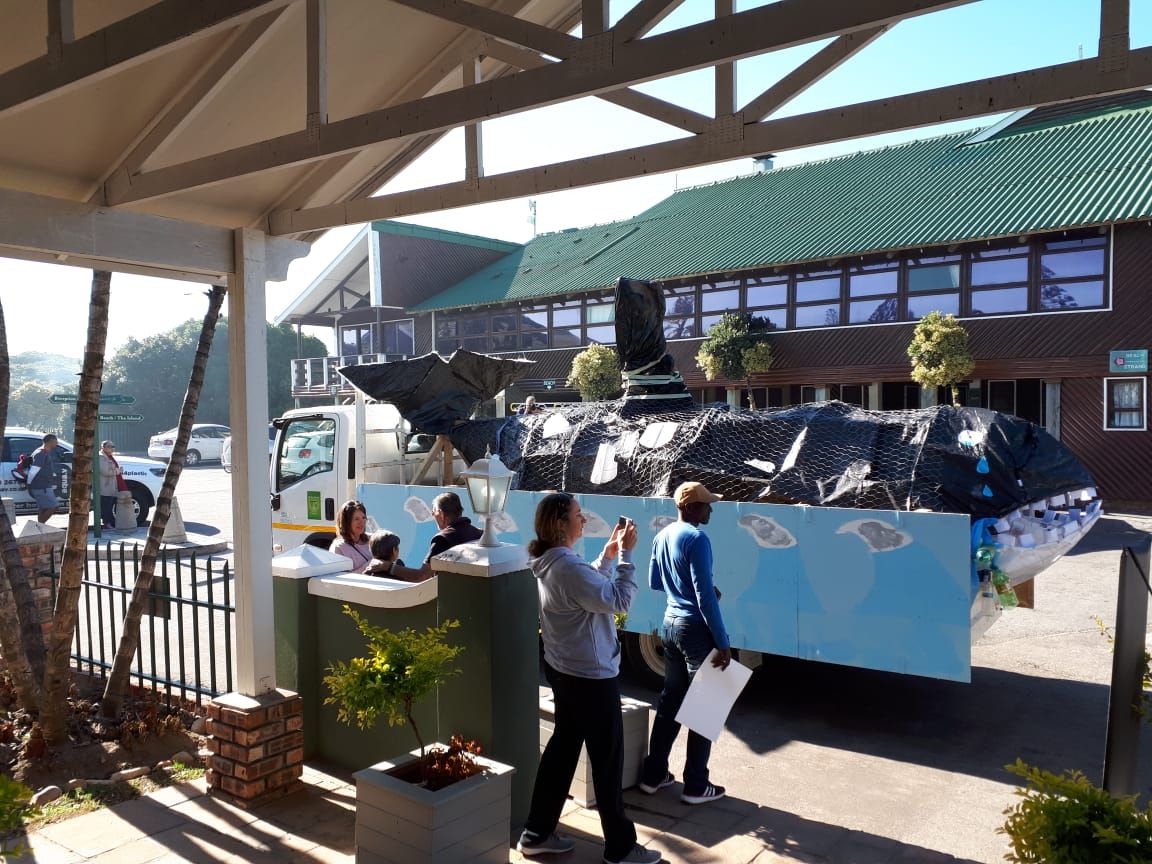 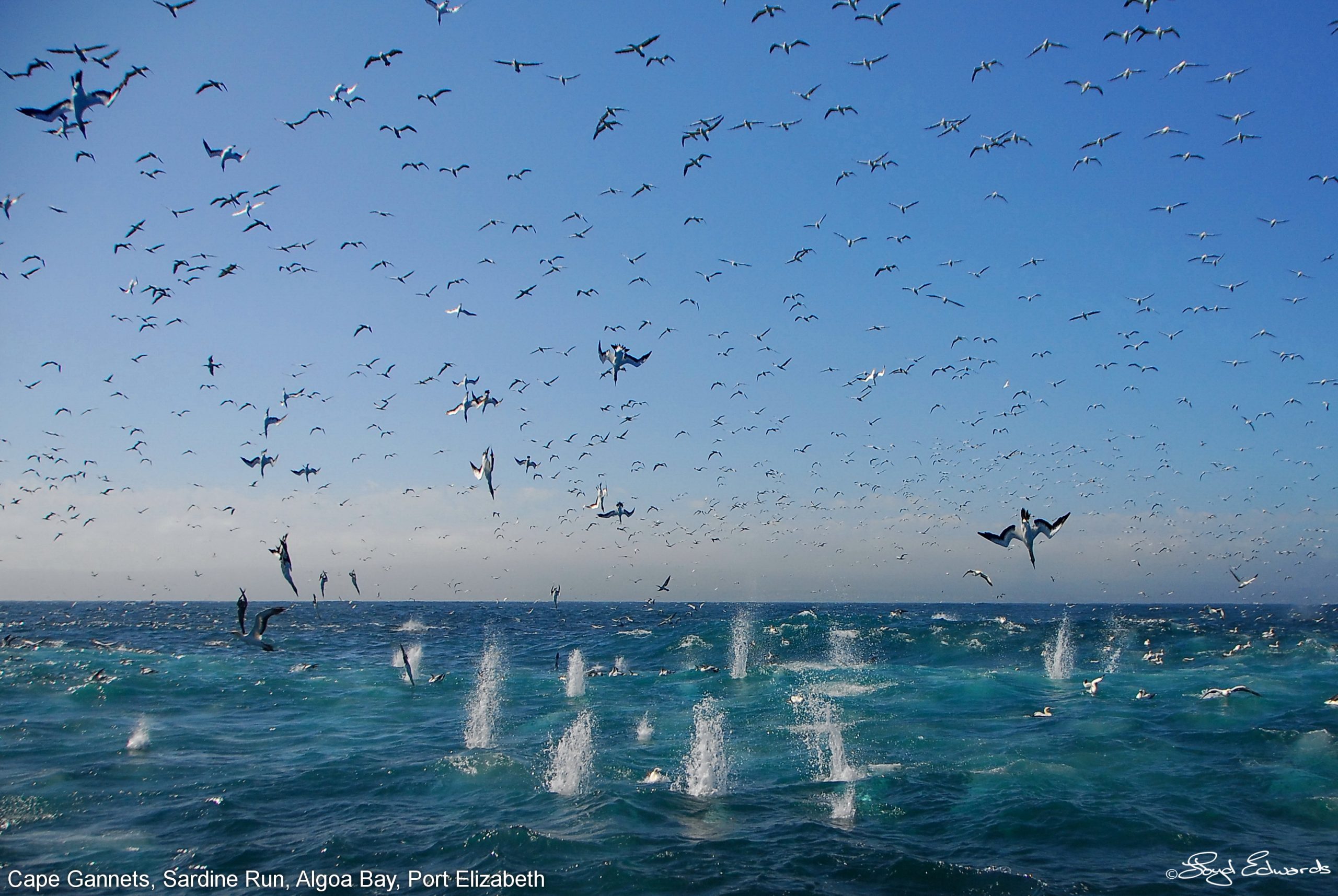 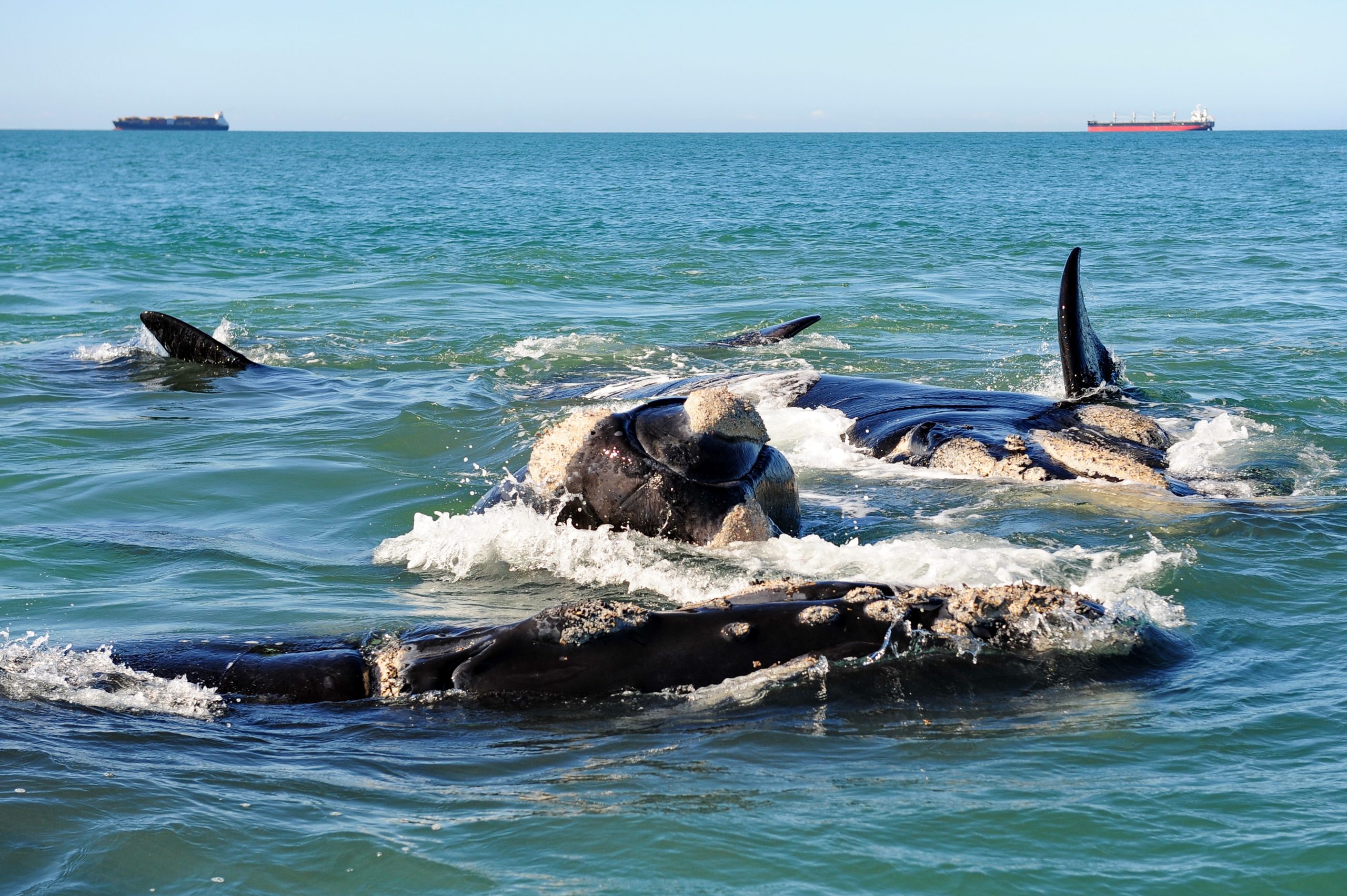 South Africa as a country is dedicated to respectful human-cetacean coexistence, particularly when it comes to cetacean watching. Boat based whale watching operators must have a government issued permit that are renewed annually, but only if the company adheres to clear conditions and an established code of conduct.

Within the bay area, whale watching and other boat operators regularly meet to discuss the regulations and ensure that everyone is following the sustainable whale watching guidelines as well as possible. WCA Certified whale watching company Raggy Charters is dedicated to the protection of whales and dolphins in the waters of Algoa Bay. The Raggy Charters team work with the South African Whale Disentanglement Network (SAWDN) and have assisted with numerous disentanglements in their local waters.

Port Elizabeth (adjacent to Algoa Bay) has come a long way over the years. A city that used to pride itself on dolphin shows in an oceanarium, has grown to love and appreciate cetaceans in their natural environment, and advocate their protection. With the support of the public, there are no longer any cetaceans in captivity in Port Elizabeth.

Algoa Bay has organised major festivals, events and celebrations, to raise the profile of, and care for, cetaceans and the marine environment.

Since 2018, an annual Welcoming of the Whales Festival is celebrated in June when the first Humpback whales arrive in Algoa Bay on their migration route from Antarctic feeding grounds. The importance of these beautiful animals for the communities and the need for their conservation in the wild are at the heart of the celebrations. Marine tour operators, conservation projects, private companies, educational institutions, and NGOs come together to engage with and educate the public about the whales living off their coasts, as well as all the other marine life and addressing issues like plastic pollution.

This festival also provides a platform for research institutions and conservation initiatives to share their work with the public. Other activities range from presentations, whale spotting & tidal walks to exhibitions of photos and other art, movies & more.

Nelson Mandela Bay Tourism (NMBT), the Algoa Bay WHS Steering Committee and members of the local community celebrated Algoa Bay achieving Whale Heritage Site status, by coming together to plant a full-sized 14m whale in front of City Lodge on Marine Drive. The whale was planted using Spekboom, chosen because it has the best carbon-fixing abilities of any plant in the world.

A range of measures and important campaigns to enhance general environmental awareness and sustainability are being undertaken at the site. Some of them are:

Raggy Charters, Nelson Mandela Bay Tourism and Enviro-Quest are working together and are demanding the immediate halt of the bunkering operations, either until all issues have been resolved or an alternative port for bunkering operations in a less sensitive area has been found. *Bunkering is the ship-to-ship transfer of fuel or oil from vessel to another while at sea. This is considered a high-risk operation.

*Bunkering is the ship-to-ship transfer of fuel or oil from vessel to another while at sea. This is considered a high-risk operation.

A key emphasis of the 2019 whale festival was the increasing problem of marine plastic pollution and how to tackle it on a global scale. Schools in the local area have started some amazing plastic clean-up projects and WCA partner, Raggy Charters, also organises regular beach clean-ups in the areas around Port Elizabeth through their Baywatch project.

Algoa Bay is an extremely important area for seabirds, having the largest colony of African penguins as well as being a critical breeding site for other bird species including the Cape gannet and Roseate tern. SANCCOB (Southern African Foundation for the Conservation of Coastal Birds) is a non-profit organization dedicated to the rescue and rehabilitation of seabirds and are involved in sea bird research, conservation and education.

Through the Baywatch Project run by Raggy Charters, many different conservation initiatives take place around Algoa Bay including the live shark project which promotes shark tourism as an alternative to the catching and consuming of sharks. As a way to become carbon neutral Raggy Charters plants one indigenous tree for each of their boat cruises and passengers receive a Spekboom (Elephant bush) at the end of each tour for them to plant as well.

Many local companies and organisations incorporate conservation-directed science and research programmes that are focused on cetaceans, developing and delivering educational programmes to the local community.

Ocean and marine departments of many universities, including the Nelson Mandela University, conduct research in Algoa Bay. Currently, a total of six projects linked to ocean conservation and sustainability, are being carried out in cooperation with national and international partners. The goal of these projects is to archive sustainable activities in Algoa Bay that maximize socio-economic benefits and while also ensuring environmental protection.

School visits to underserved communities provide educational opportunities on cetaceans and other marine life and in cooperation with SANNCOB, schoolchildren go on beach visits to learn about the ecosystem and how they can make a difference.

The Steering Committee members are:

The judges recommend that further research be undertaken to fully understand historical and contemporary links between people and cetaceans at the site, with a particular focus on indigenous communities that are likely to have had connections to the marine ecosystem. Such knowledge has led to surprising and important cultural reconnections between people and cetaceans at other sites, potentially further underpinning the importance of the site as a WHS. A first step could be to encourage a Batchelors or Masters student to draw together both traditional and modern cultural links at the site as part of an assessed project.