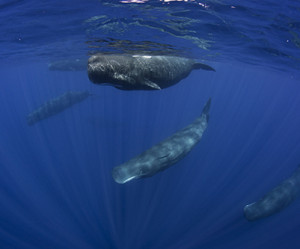 Established by the World Cetacean Alliance (WCA), Whale Heritage Sites are an initiative aimed at increasing the protection and conservation of cetaceans[1] (whales, dolphins and porpoises) and their habitats while contributing to sustainable livelihoods, the arts, science and education.

Whale Heritage Site (WHS) status is granted to those places around the world where cetaceans are celebrated through art, education, research and cultural events; where sustainable practices and livelihoods are continually improved to ensure the health of cetacean habitats and the long-term economic health of human communities; and where respectful coexistence with cetaceans is supported through law, policy and cooperation.

Whale Heritage Sites are high sea or coastal marine areas, and less often freshwater rivers and lakes, where cetaceans live, and their associated land areas. WHS will be identified against criteria that interweave natural and cultural elements and acknowledge critical places that, for reasons of physical and social geography, are sites where people can coexist with cetaceans in an authentic and respectful way.

A Whale Heritage Site is an outstanding location where cetaceans (whales, dolphins, or porpoises) are embraced through the cultural, economic, social, and political lives of associated communities, and where people and cetaceans coexist in an authentic and respectful way.

Cetaceans have played an important role in human culture for millennia. Dating back to prehistoric eras, their significance is reflected in Neolithic paintings on caves and cliffs. Revered as deities, guides, protectors and our ancestral spirits, people have sung about and celebrated cetaceans in myths, legends and true stories all over the world. To this day humans continue to be curious and enamoured by cetaceans, publishing hundreds of scientific papers and popular articles each year, supporting conservation activities, and participating in a rapidly growing whale and dolphin tourism industry.

Nevertheless, this relationship has frequently been exploitative, with subsistence hunting taking place for centuries as a source of sustenance, and a commercial whaling industry that began in the 12th Century triggering widespread population declines, many of which have yet to recover.

From the 1960s onwards, however, our perspective on cetaceans changed. Intensive scientific studies undertaken with both wild and captive animals provided profound insights into cetacean intelligence and began to reveal how they teach, learn, cooperate, scheme and grieve. Along with early recordings of their songs, a growing awareness of cetacean natural history and the Save the Whales movement of the 1970s and 80s led to a heightened interest in these charismatic mammals, and created a growing demand to see them in the wild.

Whale-watching, the practice of observing cetaceans in their natural habitats, began in the United States of America in the 1950s and has become a valuable tourist activity worldwide. A source of considerable scientific research, an educational platform for millions of people to learn about ocean conservation, and an important contributor to the creation of income for local communities, responsible whale-watching is now seen as an ethical alternative to holding cetaceans in captivity.

WCA believes the development of a network of WHS, designated against well-developed and robust criteria, can play an important role in distinguishing areas where cetaceans and people exist in harmony. WHS will be confined to those places where human relationships with cetaceans are positive and not exploitative.

WHS are designed to complement other international site networks, such as World Heritage Sites and Important Marine Mammal Areas (IMMAs). For that reason, WCA intends to work with other managing authorities for relevant site processes to ensure that WHS complement, support and enhance them.

[1] A total of 87 species of cetaceans (whales, dolphins, and porpoises) and an additional 38 subspecies or subpopulations are recognised by the International Union for the Conservation of Nature (IUCN).