2016 : The Year of the Whale in the Pacific Islands 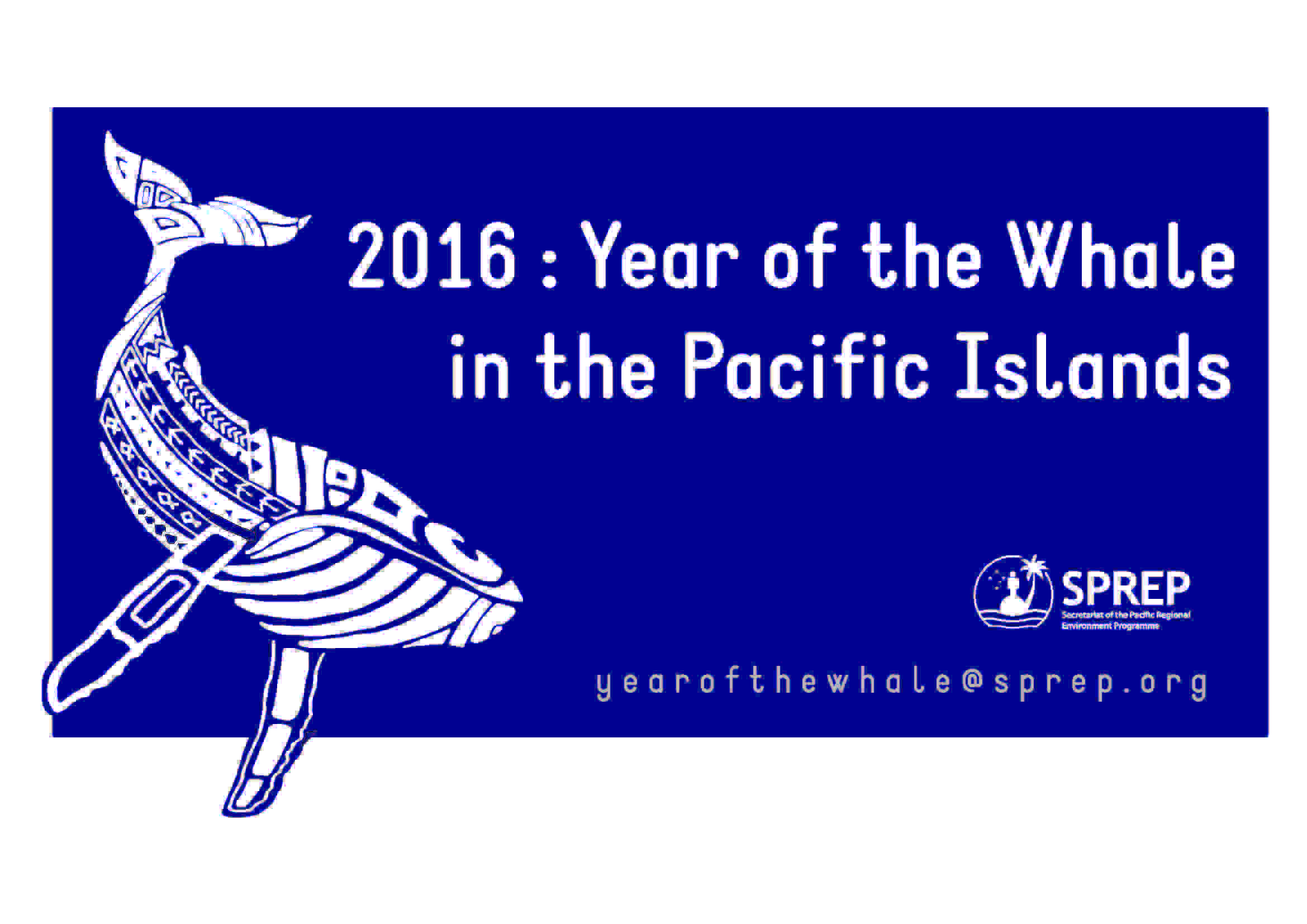 The Secretariat for the Pacific Regional Environment Programme (SPREP) is the International Government Organisation responsible for the protection and sustainable management of the environment of the Pacific Islands region. Every two years, SPREP members designate a key theme to focus their activities on and, for 2016/17, it has been decided that this will be the Year Of The Whale.

The Pacific Islands region is home to almost half the 80 or so species of the world’s whales and dolphins, and the animals play a central role in the legends and art of many of Pacific Island cultures, often regarded as being tapu (sacred).

Whilst there are many cetacean species resident, typically migrant or rare in the Pacific island region, it is the humpback whale which is best known. Humpbacks return almost every winter to the same coastal waters in the Pacific Islands where they were born, and will be the flagship species for the Year of the Whale.

Humpbacks undertake annual migrations of thousands of kilometres between summer feeding grounds in the Antarctic and their winter breeding grounds in several countries in the Pacific Region. During its lifetime, a Tonga humpback will swim a distance equivalent to the moon and back. Although humpbacks are found throughout the world, and are generally recovering steadily from the impacts of commercial whaling, Oceania humpbacks are still endangered, because of gross and illegal over-hunting on their Antarctic feeding grounds fifty years ago.

However, Tonga made a decision in 1978 to cease its subsistence hunt and now around 2000 whales over winter in the Tongan archipelago, and a whale-watching industry has developed that is now generating revenues of US$ 5 million p,a. The challenge now is to ensure that whale-watching operations throughout the Pacific Islands follow best international practices.

A work programme to support the Year of the Whale was endorsed by the 2015 SPREP Annual Meeting held this month in Apia, Samoa. The governments of Australia, France, New Caledonia, New Zealand, Tonga and the USA, in association with the International Whaling Commission and a number of NGOs, including the World Cetacean Alliance, will collaborate in the development and implementation of this programme.

Tonga has been identified by the World Cetacean Alliance as one of the top 12 destinations suited to work towards Whale Heritage Site accreditation, and in association with SPREP, with whom we signed an MoU at the annual meeting, we are investigating the idea of a Whale Heritage Trail through the South Pacific. We are delighted to support the Year of the Whale and look forward to exciting developments over the next two years.